Finnish mobile game developer Critical Force has teamed up with Amazon to hold the first global Critical Ops tournament at the Mobile Masters event on June 23 and 24 in Seattle, Washington, United States.

The Mobile Masters event will bring amateur and professional players together to compete for mobile titles, including six Critical Ops teams that will compete for a $40,000 prize pool. Schedules for the tournament and the final list of participating teams will be published in late May. 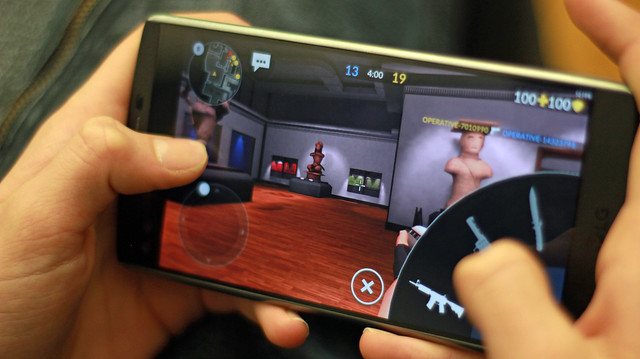 “The Critical Ops Invitational tournament is a tribute to our player community. Our player base and our fans are exceptionally loyal and active. Now we have the chance to celebrate mobile esports’s and Critical Ops’s awesome growth with our first ever global event,” says CEO of Critical Force Veli-Pekka Piirainen. “It’s very exciting to work with Amazon, since they have a genuine interest in and commitment to developing mobile eSports.”

GankStars, a professional esports organization and Critical Ops World Champions, are excited to participate in the invitational and interact with the Critical Ops community.

“We are big believers in Critical Ops and that’s why Gankstars entered the game so early. We want to lead by example and hope that our story of hard work and dedication inspires others to believe in themselves, too. I grew up on the simple principle that nothing is impossible, and I want all the dreamers out there to know that they will always have friends at Gankstars. Never give up; all nights end and the sun rises eventually,” says CEO of GankStars Alex “PwntByUkrainian” Novosad. “I’m excited to finally meet our fans and the general community in Seattle!”

FORECAST IS SMELTING HOT FOR RANGERS OF OBLIVION AS NEW WEAPONRY (AND SWIMWEAR) ARRIVES FOR SILVER KEEP SUMMER CARNIVAL
July 18, 2019

RANGERS OF OBLIVION KEEPS ON KEEPING ON WITH HUGE SILVER KEEP UPDATE
June 27, 2019