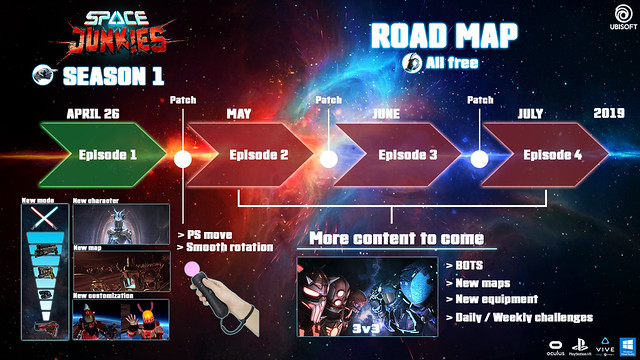 This new update, Season #1 Episode 1, introduces a variety of new content and features based on players’ feedback: 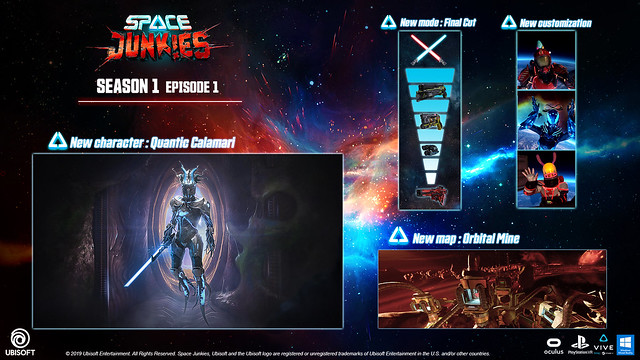 Space Junkies is continuing to introduce regular new content through updates in the coming months, including new game modes, characters, maps, and many more surprises. New content will drop through a season-based approach, each season containing four episodes for a period of 16 weeks. The next content update, Season #1 Episode 2, is set to release in May. PlayStation Move and smooth rotation support will also be introduced mid-May in a special update.

Additionally, starting on April 26 for a limited time, Space Junkies will be 60 percent off across all digital stores.