The second season of the Free Fire Indonesia Masters, the largest Garena Free Fire Official Tournament in the region with nearly 60,000 participants across 12,000 teams, took place this weekend in Jakarta, Indonesia. Dranix Esports emerged as the champions of the tournament and will be one of 12 teams from 11 circuits that will compete for a prize pool of $400,000 at Free Fire World Series 2019 at the Barra Olympic Park in Rio de Janeiro, Brazil on November 16, 2019.

The full results of the Free Fire Indonesia Masters Season 2 are as follows:

The Free Fire esports scene in Indonesia has had an exceptional 2019. Earlier this year, the Free Fire Shopee Masters drew in crowds of up to 20,000 attendees while the grand finals of the Free Fire Summer League achieved 260,000 peak concurrent viewers and 1.1 million total views on Youtube.

Garena has also seen extraordinary growth in Free Fire’s esports presence around the world. Here are some of the latest tournaments and key statistics related to each: 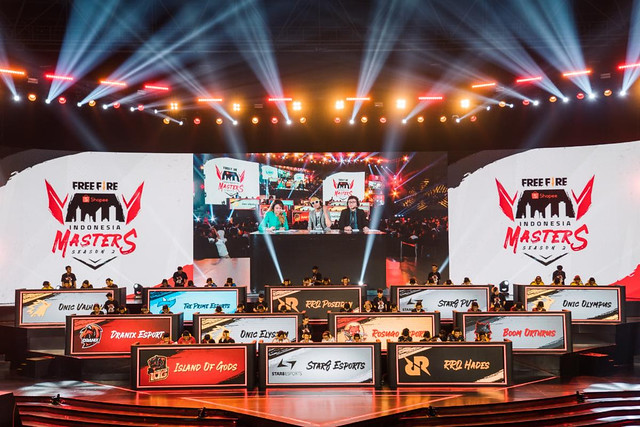 Free Fire has become a massive hit on a global scale with more than 450 million registered users and over 50 million peak daily users as of May 2019. According to App Annie, it was the most downloaded battle royale game globally across the Google Play and iOS App stores combined in Q2 2019. Its most recent update included the new Blood Demon Rikoto and a tournament theme that Elite Pass players could gain access to.

The Free Fire World Series 2019, an international esports tournament featuring Free Fire players from across the globe, will be taking place in Brazil on November 16, 2019. There will also be up to six additional international tournaments coming in 2020, with the World Series heading back to Jakarta in the first half of the year.

The ‘Gentle Giant’ Who Took the Call of Duty League by Storm | Behind the Controller: GodRx
July 7, 2020