GAMEVIL announced that MLB Perfect Inning 2020 would be launching globally on both the Apple App Store and Google Play simultaneously. First released in 2014, the seventh installment in the MLB Perfect Inning series is the biggest game yet, and is ready to meet and greet baseball fans all over the world.

MLB Perfect Inning 2020 will include the latest 2020 season rosters and brand-new modes. The most notable new addition is the “SE Monster Card” system, which enables the acquisition of top tier players. Only the 2019 active players who have met a certain threshold of Wins Above Replacement (WAR) will be available for crafting. These cards will also have “Special Skills” that differentiate them from the old series’ SE cards. The new crafting system is expected to encourage users to continuously collect and search for the best player cards. 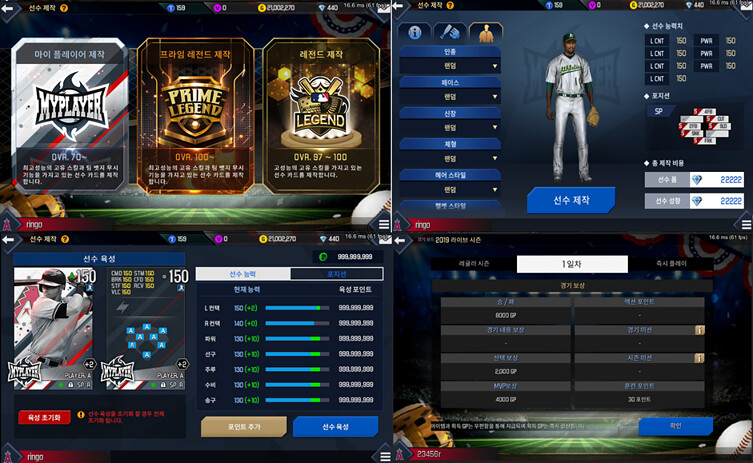 The game will also introduce a new card-crafting feature called “My Player.” A player’s name, team, position, and appearance may be customized freely in this mode. These crafted players will be able to contribute to the user’s team by filling in missing positions. Furthermore, they can be trained through the standard player-training mode or by using My Player Play Points.

The cover star of MLB Perfect Inning 2020 will be the 23-year-old Gleyber Torres from the New York Yankees, as his outstanding performance and amazing potential for growth perfectly embody the new game. Loaded with new players and features, this year’s game will also allow users to keep all of the players and in-game resources they had in the previous installments.

The MLB Perfect Inning series is a popular baseball franchise from GAMEVIL and GONG GAMES. Based on a long-standing relationship with the MLB, the series has enjoyed over 20 million downloads worldwide. The game’s popularity extends outside of Korea to regions where baseball is popular, such as the Dominican Republic, Japan, Mexico, Taiwan, etc.

Endzone – A World Apart is Now Available in Early Access Via Steam and GOG
April 2, 2020

Orwell: Keeping an Eye On You is now available for iOS devices
March 31, 2020