The 2020 Gaming Community Expo (GCX) charity marathons, which brought together content creators on Twitch, Facebook and Mixer, wrapped up with a fundraising total of more than $6 million for St. Jude Children’s Research Hospital®. The multi-platform video game fundraiser, formerly called GuardianCon, surpassed its goal for the fourth year in a row for the lifesaving mission of St. Jude: Finding cures. Saving children.® 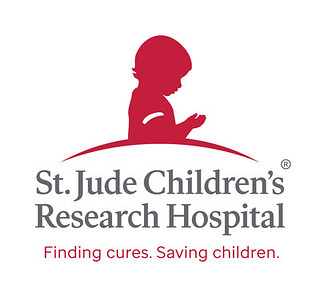 In lieu of a physical event that annually hosts 10,000 participants in Orlando, FL, the gaming community convened virtually June 5-21 across several digital platforms. More than 60 content creators leveraged their platforms to make a difference in charitable giving through gaming, with Facebook creators raising $291,000, Mixer creators raising $159,000 and ending with Twitch creators raising $3.1 million. Gaming professional and St. Jude Ambassador DrLupo wrapped the event up by raising more than $960,000 in the final 6 hours. In December, DrLupo raised more than $2.3 million in his second annual 24-hour livestream, which also contributed to this year’s GCX event total.

This year’s charity marathon showcased the many generous gamers who support the St. Jude mission, including Twitch streamer CohhCarnage, who received a $32,000 donation. GCX, which started as Destiny Community Con, is still supported by Destiny developer Bungie. During Bungie’s 4-hour stream this year, it raised more than $800,000, nearly double what the game studio did last year.

Generous supporters like the GCX community are helping ensure no family ever receives a bill from St. Jude for treatment, travel, housing or food – because all a family should worry about is helping their child live.

To stay involved with St. Jude through gaming year-round, supporters can get involved through St. Jude PLAY LIVE. Whether it’s Fortnite, Just Dance or Animal Crossing, participants can play their favorite video games while helping raise funds and awareness for the lifesaving mission of St. Jude.

Seven Squared Partners With Team17 for Limited WORMS T-Shirt, All Profits Going To ‘Safe In Our World’
June 26, 2020