For many gamers, Gears of War 5 was the most highly-anticipated release on Xbox this year — a return to the classic, third-person shooter series that is known for its fluid controls, outlandish weapons, and iconic characters. However, does this make for an automatic win … or do Gears 5’s many flaws hold it back from the franchise’s typical greatness? 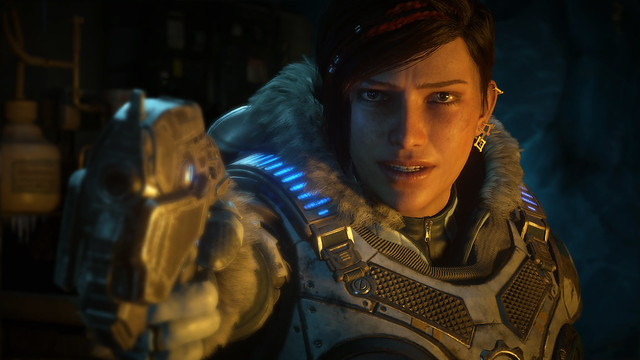 It’s fairly predictable at this point that anyone would say a Gears of War game controls great. In fact, Gears 5 feels more fluid than ever before, and its shooting mechanics are definitely the best they’ve ever been. Even the classic Lancer and Gnasher feel more powerful than ever before! All of this makes for an experience that feels, sounds, and looks awesome. Whether you’re progressing through Gears 5’s main campaign, fighting off wave after wave of enemies in Horde, or attempting to make your way through a Swarm hive in the new Escape mode, you can depend on an experience that is solid across the board.

The story of Gears 5 takes a significant departure from the series. This time, the Fenix family is placed more or less on the sidelines, putting the focus instead on Kate and Del as the two embark on a quest to find the answers to Kate’s past and her relation with the Swarm. This change provides a surprisingly fresh story, one which I found to be surprisingly charming for the most part. The story does slow down quite a bit during Chapter Three (which was easily my least favorite section of the campaign), otherwise I thoroughly enjoyed this continuation of the Gears universe. 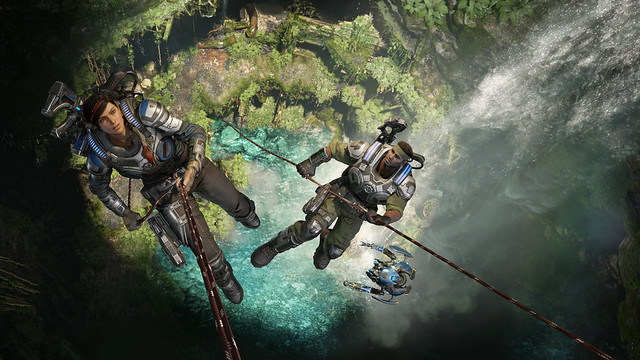 Unfortunately, things take a turn when talking about Horde and Escape. Gears 5’s cooperative multiplayer now introduces character-specific classes and abilities, making each of the game’s limited roster unique. Each character serves their own purpose and has their own unlockable cards to boost their various strengths. This is an excellent idea on paper, but it becomes quickly apparent that this simply doesn’t work in the game’s favor. 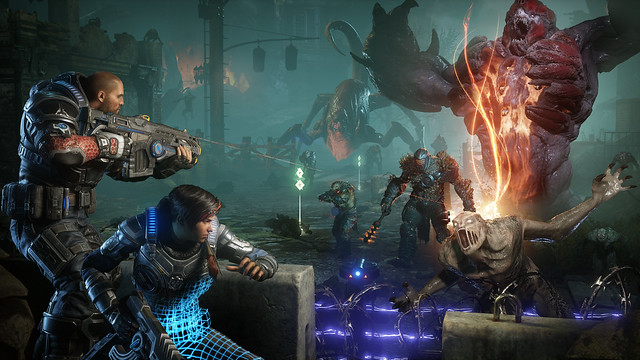 Unlike previous entries in the series, duplicate characters aren’t allowed in the same match. This means one person trying to find a game as Marcus may run into a lobby that already has someone playing that character, which will then force one of the players to play as someone else. I have spent several minutes at a time just trying to find a lobby that doesn’t already have someone playing as the hero I’d like to use, and this of course isn’t helped by the fact that, at launch, Gears 5’s character roster was abysmally small … Not to mention, several characters shown in trailers for the game have yet to be released. 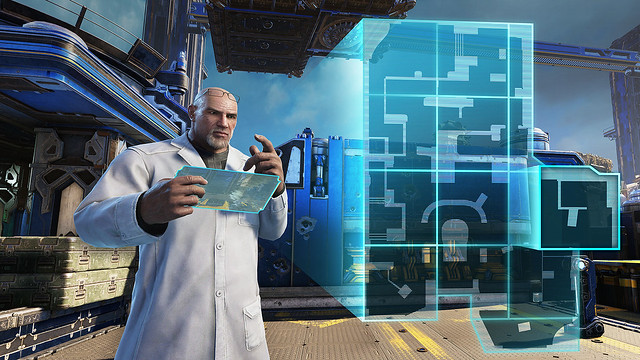 Players should note that characters will be coming in free updates, however, it sounds like the time between these updates may be fairly long. Also, when these new characters are added to the game, what’s going to prevent everyone who wants to play as the new additions from running into lobby after lobby already populated by those characters? In short, it’s quite a broken system … one which will need some serious work down the road. To me, this just seems like the developers attempting to fix something that was never broken in Gears 4 — which saw players selecting a class before the match, which would then allow them to play as any character with that selected class.

Even still, these mechanics aren’t nearly as bad as the outrageous microtransactions that populate the game’s store. One look at the prices on these cosmetics is enough to make one wonder if they’d somehow end up paying full price for a game that was initially intended to be free-to-play. The less said about these the better, but in short — they would feel like a slap in the face, were they not so laughable. 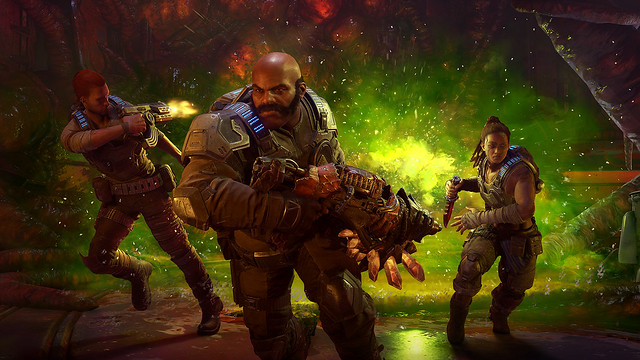 Gears 5’s newest mode called “Escape” is a fun game mode but not one I found myself drawn toward on the regular. It’s an interesting concept: a team of three heroes attempt to battle their way out of a Swarm hive, picking up weapons and supplies as they go. Unfortunately, the game provided only just enough ammo to get by, and several times I found my team members hoarding as much of it as possible. It was like a race to see who could get to the next crate of ammo the fastest, making the experience almost competitive and more challenging than intended. In other words, this is a mode that’s better played with friends.

Moving onto a more positive note — Multiplayer. Here you’ll find everything you know and love about Gears of War! It’s the same fast-paced, high-action gameplay that players wanted and anticipated, but with a different and better coat of paint. The fluid controls feel really great here, and all of the various game modes are a genuine blast to play through! 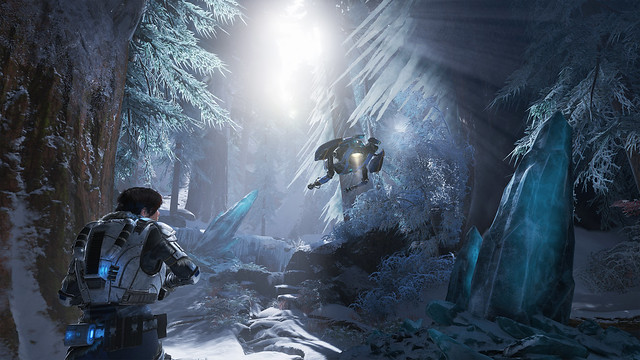 There’s quite a bit to like about Gears 5, but all of that good is weighed down by terribly thought-out mechanics and a horrendous in-game store. Hopefully the Coalition can improve upon the product in the future. As of right now, Gears of War 5 is a fun yet unfortunately flawed entry in this iconic franchise.

For more on the future of Gears of War 5, stay tuned to GamingLyfe.com

1 0
Previous ArticleGears of War 5Next ArticleWarface: Titan out now on PC

From one of gaming’s most acclaimed sagas, Gears is bigger than ever, with five thrilling modes and the deepest campaign yet. With all-out war descending, Kait Diaz breaks away to uncover her connection to the enemy and discovers the true danger to Sera – herself.
7.7
Average User Rating
1 vote
Click on a star to submit your own rating!
Your Rating: 0
Submit
Genre:Action, Adventure
Developed By:The Coalition
Publisher:Xbox Game Studios
Platforms:PC (Steam), Xbox One