By acquiring these veteran players as the original core of the CS:GO team, Gen.G is solidifying its way into a Western roster this upcoming season. The remaining two players will be announced in the coming weeks.

“It’s a game that we’ve been looking into for a long time now, and we couldn’t pass up an opportunity to work with some of the most talented players,” said Nathan Stanz, General Manager at Gen.G. “This marks our entry into one of the largest esports games in the world, and we’re really proud of our roster this year.” 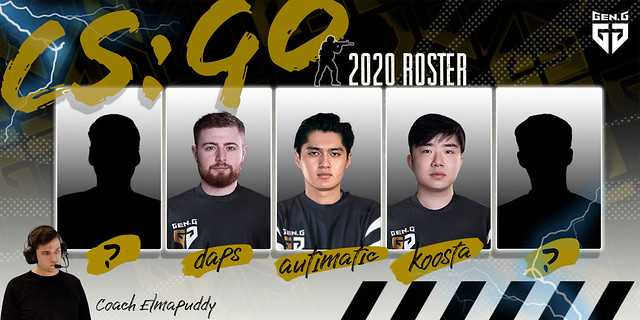 Below are the list of players joining the Gen.G organization as the CS:GO team:

“In my mind, you can’t say you’re in esports without being in CS:GO,” said Arnold Hur, chief operating officer at Gen.G. “We’ve been looking to get in with the right team for a while, and we’re excited to have finally found the right opportunity to make our first move.”

0 0
Previous ArticleBlacksad is about to start its investigation on consoles in North America!Next ArticlePS Plus Games — December 2019