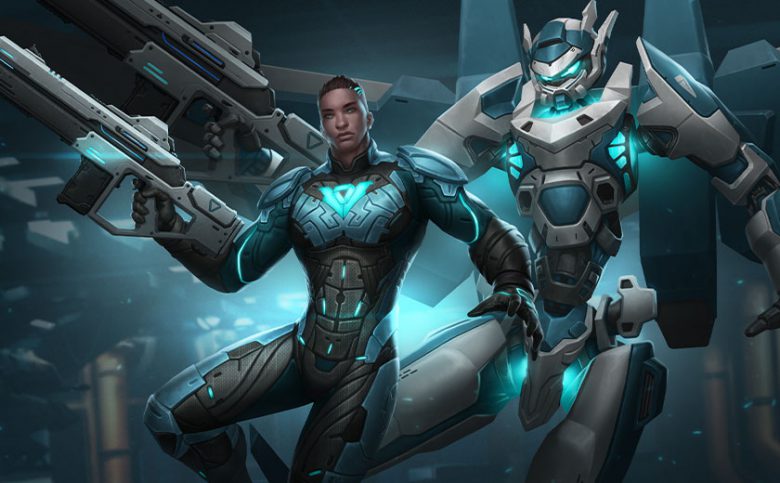 Released today, the gen:LOCK Update is the biggest Paladins update yet, bringing characters from the Rooster Teeth animated series to life in the game’s first-ever crossover. Five gen:LOCK members have been deployed into the Realm as playable characters.

The gen:LOCK Crossover Pass unlocks five Champion skins showcasing the stars of the series: Chase, Valentina, Cammie, Yaz, and Kazu. Each comes with its own new Voice Pack.

Players progress through the gen:LOCK Crossover Pass simply by playing Paladins. Chase counts among the free rewards, while Cammie is unlocked instantly upon purchase of the Pass.

!ll of Hi-Rez games are about to get the spotlight with this year’s Steam Publisher weekend. With this timely event, players can get a jump on the gen:LOCK Crossover Pass with a Publisher Weekend Bundle given for free to all players logging into Paladins through Steam between tomorrow July 22nd, and July 25th, 2021.

Rei is a peppy bunny-eared Support who has learned how to unleash magical energy from her bare hands. But where her true talents lie is in rescuing a single ally in peril.

When Rei left the Burrows, her quest led her to befriend the Scion of House Aico, Lian. Striving to harness arcane forces, Rei quickly became the chief Scholar of the noble house. Today, her tale has just begun.

The first iteration of this rotational in-game shop using free currency was met with community excitement last year. Evil Mojo soon decided to work on a more refined version – and today the Bounty Store is back with an all-new look, improvements, and new features.

The Bounty Store is an in-game shop allowing players to trade Bounty Coins for rotating skins available in limited quantities – three skins are now simultaneously on sale, up from one.

As before, Daily Quests reward Bounty Coins, and now there are more ways to earn them:

Also, new, current Event or Crossover Pass holders will have access to a bonus Bounty Store skin for the duration of the Pass.