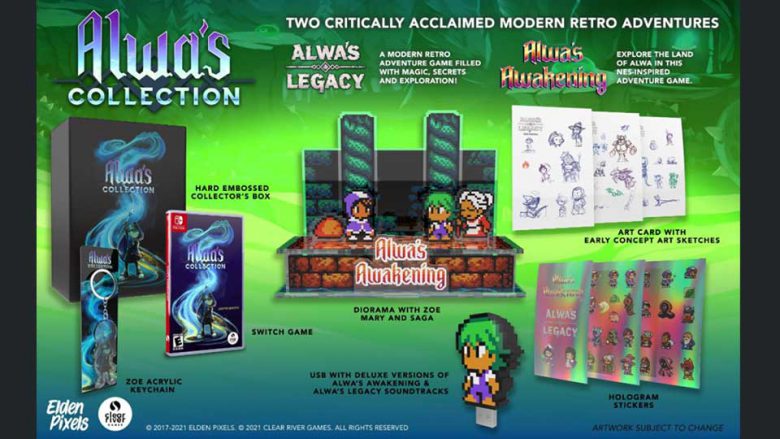 Clear River Games and developer Elden Pixels have partnered together to bring the acclaimed retro Metroidvania platformers Alwa’s Awakening and Alwa’s Legacy to Nintendo Switch and PlayStation 4 in the physical bundle Alwa’s Collection, that will be sold at retail later this year for $29.99 / €29.99 / £25.99. Alwa’s Collection standard edition for Nintendo Switch and PS4 will include three holographic stickers as bonus content.

A special Limited Edition with the deluxe versions of soundtracks on USB, a game scene diorama, art cards with early concept art sketches, and a keychain, delivered in a hard embossed collector’s box that will be sold exclusively through Limited Run Games for $69.99.

Additionally, Alwa’s Legacy will also be available as a standalone digital title on PS4, launching the same day as Alwa’s Collection. Find out why Nintendo Life called the Switch version “the special sort of game that only comes around once in a great while,” and awarded it a 9/10.

Alwa’s Awakening will also be premiering on the Nintendo Entertainment System! That’s right, Elden Pixels has partnered with Retro-Bit Publishing to make cartridge editions of the old school platformer for the hardware that inspired it in the first place. This will be extremely limited and packed with exclusive content, so take notice, any retro game collectors! 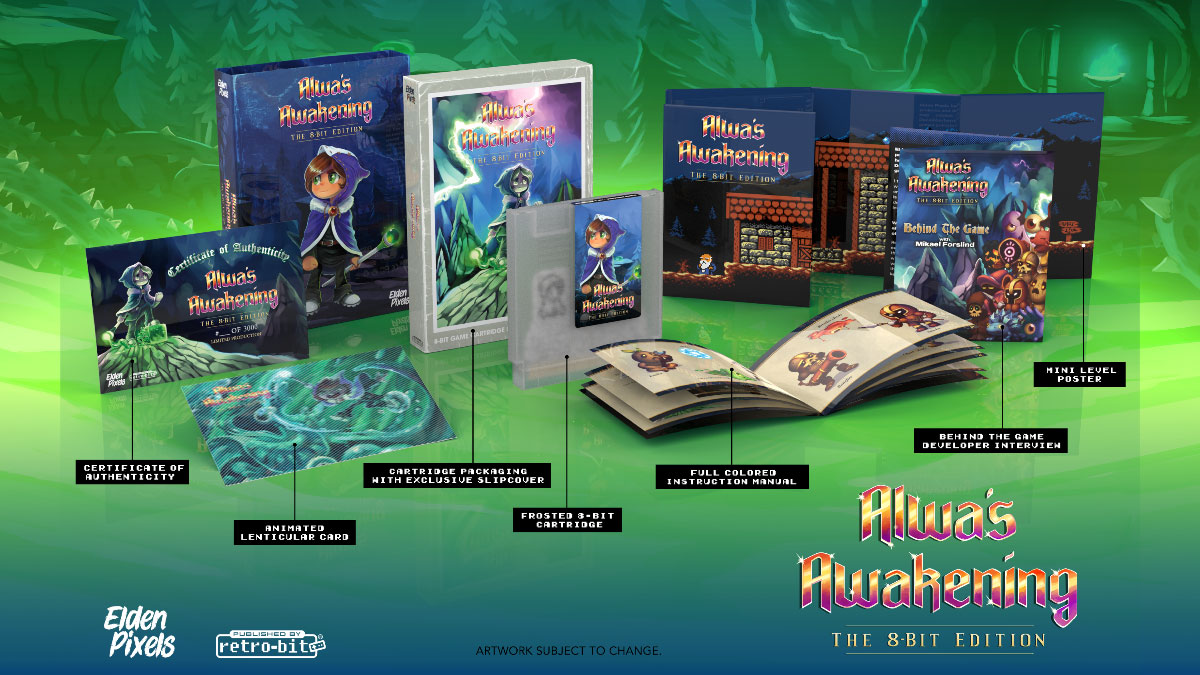 Digical combines aspects of both DIGItal and physiCAL releases for those interested in playing the digital copy of the game via ROM without all the bonus extras found in the physical releases, while still supporting the developers. The game ROM and exclusive digital content come packed in a Zoe-themed USB memory stick along with a display case that really stands out in any collection! Retro-Bit Publishing hopes that this concept can be embraced by the community so that more classics can be released in the future using this format. 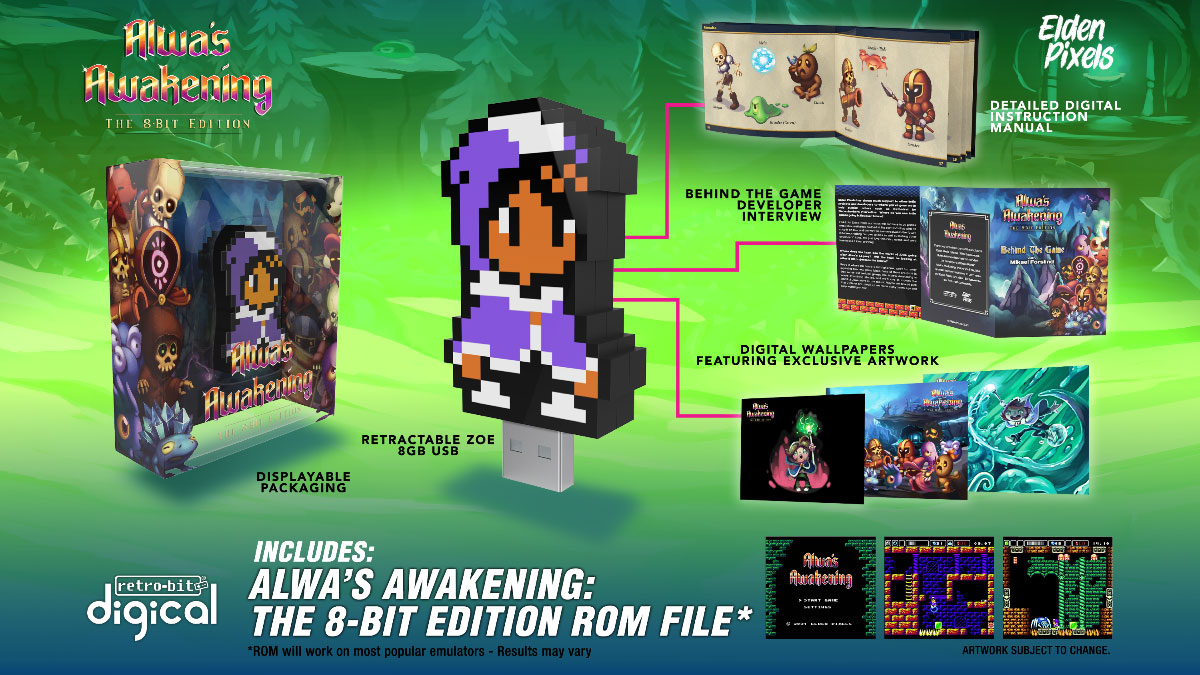 Alwa’s Awakening is an 8-bit inspired contemporary take on the Metroidvania genre. You play as Zoe, a heroine sent from another world to bring peace to the land of Alwa. Your journey will be fraught with peril, full of puzzles to solve, dungeons to explore, magical items to acquire, and ancient secrets to discover. Alwa’s Awakening hearkens back to classic platformers with controls that are easy to learn, but difficult to master. Along this adventure, you will meet all manner of interesting characters, comb through dangerous dungeons, and uncover incredible secrets as you attempt to save the land from extinction.

Alwa’s Legacy is a standalone sequel that offers an expansion of its predecessor’s classic gameplay. Varnished with 16-bit inspired visuals, Alwa’s Legacy mixes classical pixel art aesthetics with new visual flourishes such as a realistic lighting system. It also adds some more modern game design principles, like a new character upgrade system that allows you to craft your individual playstyle, centered on offensive, defensive and explorative skill sets. Using magical upgrades, novel pathways can be found as you explore the nonlinear interconnected world by summoning blocks to climb on, bubbles to bounce off of, and lightning bolts to attack with. 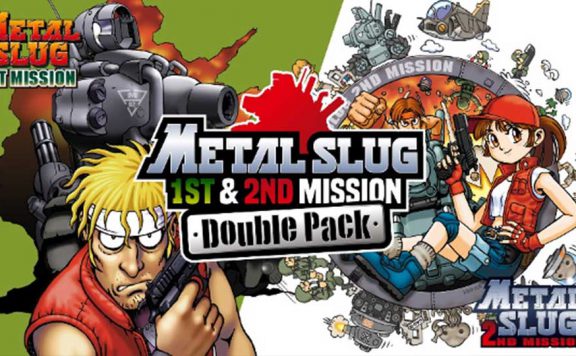 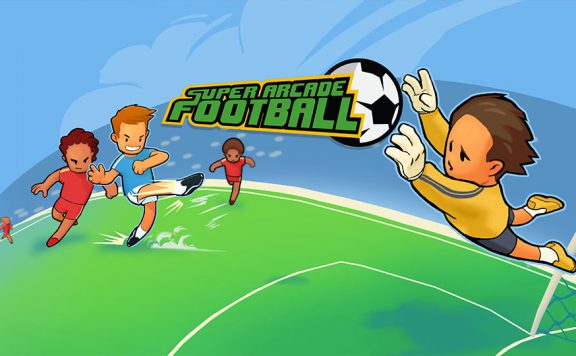 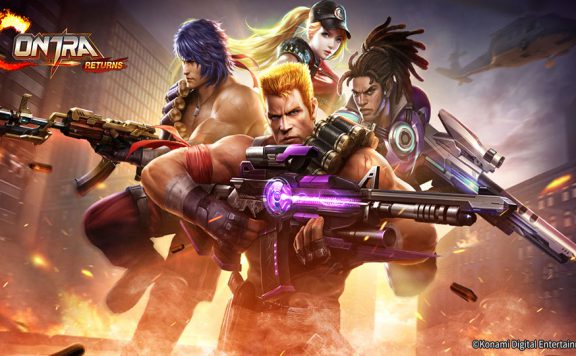 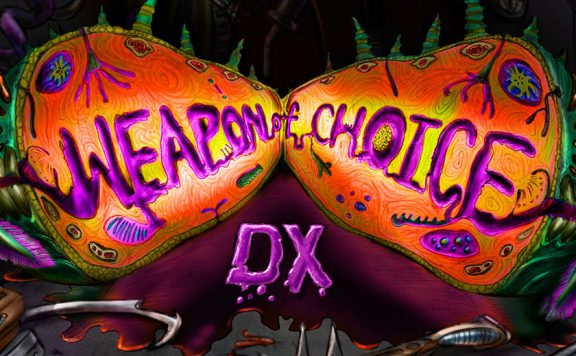 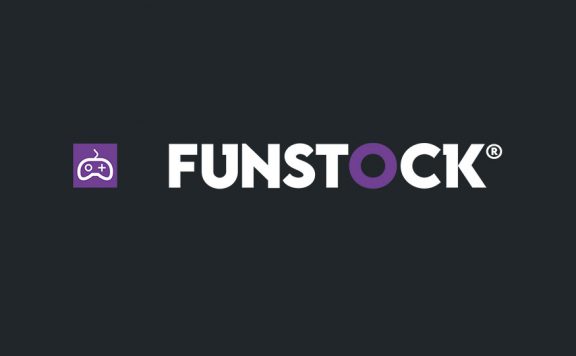 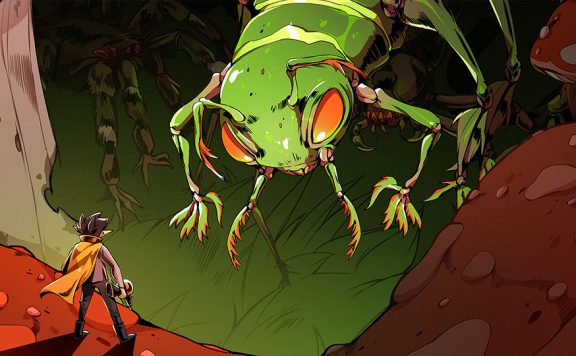