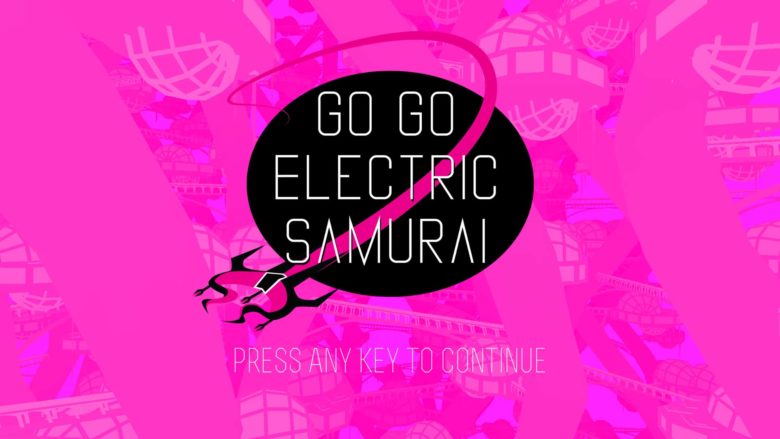 Think Hockey, in space, with rocket launchers – aims to push the boundaries of competitive gaming. The game is available March 14 via Steam™ Early Access.

Go Go Electric Samurai is a fast-paced online multiplayer (up to 3v3) action game. Combatants on two teams pilot strange spaceships through colourful arenas full of obstacles. Eventually, someone picks up the ball, disabling their weapons. They’re a sitting duck, so it’s up to their teammates to cover them. Someone frantically takes a shot on the enemy team’s net. It’s in! The word “GOALLLLLLLLLL” obnoxiously fills the screen. Then the ball resets, and so does the chaos.

Competitive balancing has always been a big part of the game’s development. 2v2 and 3v3 competitive play are just perfect for destroying friendships from the comfort of your own home. But even when it’s at its most brutal, the game never lacks a sense of humour. That combination of intense combat and crazy space shenanigans is what makes it all so addictive. (We don’t like games that take themselves too seriously.)

It’s also a sight to behold. Rich colours and geometric, stylized designs exaggerate the action, and it all fits perfectly with the pulsating soundtrack. Literally – the stage boundaries move in time with the music. We realized that to really get players immersed, the game’s video, audio, and gameplay all had to be in sync.

Go Go Electric Samurai is already available on Steam™ Early Access, but we still have much more planned for it. Soon we’ll be starting up our own series of tournaments, both to show off the game’s competitive greatness, and to gather feedback directly from our fans and the community on where to go from here. Hope to see you there!