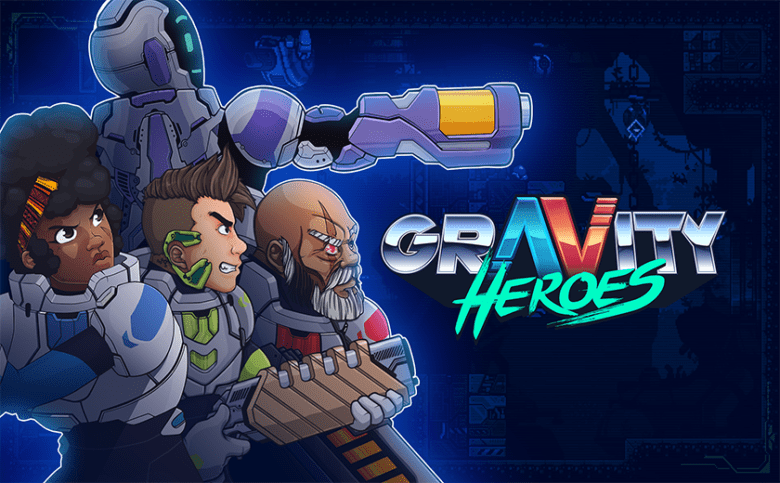 PQube, Studica Solution and Electric Monkeys are excited to announce Gravity Heroes for PC/Steam, PlayStation 4 and Xbox One!

The 2D arena shooter lets players manipulate gravity, loot randomly dropped weapons and power-ups as they fight off hordes of robotic enemies. Tackle the campaign alone or with up to three more players locally and get your name on the leaderboard in Q1 2021!

A free demo of Gravity Heroes is now available on Steam!

Fuelling 80’s and 90’s nostalgia with an electrifying soundtrack and stylistically popping art style, Gravity Heroes promises diverse arcade action! Gravity Shifter, the game’s main mechanic, allows you to evade and shoot enemies while walking on the ceiling, the walls or just floating around. 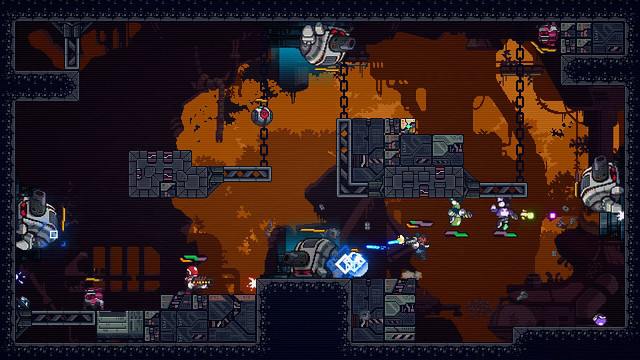 The story behind Gravity Heroes is about the conflict between humans and Synthetics, intelligent and independent systems (or robots) capable of reproducing and living together. Many years after a peace pact prevented a devastating war between the two factions, strange cases of revolting Synthetics threaten to reignite the discord.

To investigate and prevent this, a special task force has been formed: the Gravity Heroes. 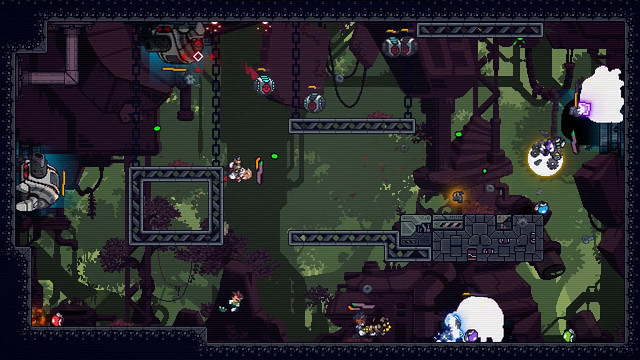 Gravity Heroes will be available in Q1 2021 for PC on Steam, PlayStation 4 and Xbox One!