Indie publisher Digerati is delighted to announce Guild of Darksteel, a dark fantasy adventure with an immersive story and beautiful pixel art. Developed by artist and one-man studio Igor Sandman, Guild of Darksteel will launch Q1 2021 for Nintendo Switch, PlayStation 4, and Steam.

Players can get an early hands-on with Guild of Darksteel courtesy of a Steam demo which has been released ahead of the upcoming PAX Online X EGX Digital festival. The demo is available now and will remain live for the duration of the festival.

A versatile artist with experience working across a broad range of creative mediums, and with nominations to his name for Best Art and Fresh Talent Prize from the Belgian Game Awards, Igor Sandman is the sole creator of Guild of Darksteel, having produced every aspect of it himself.

“The world of Guild of Daksteel is unforgiving: the rich exploit the poor, the strong trample the weak. It’s a world not unlike our own and ultimately, that is the story I need to tell,” Sandman says about his debut game. “Guild of Darksteel is a work of passion that took me years to complete, yet it will only be truly completed once you play it.” 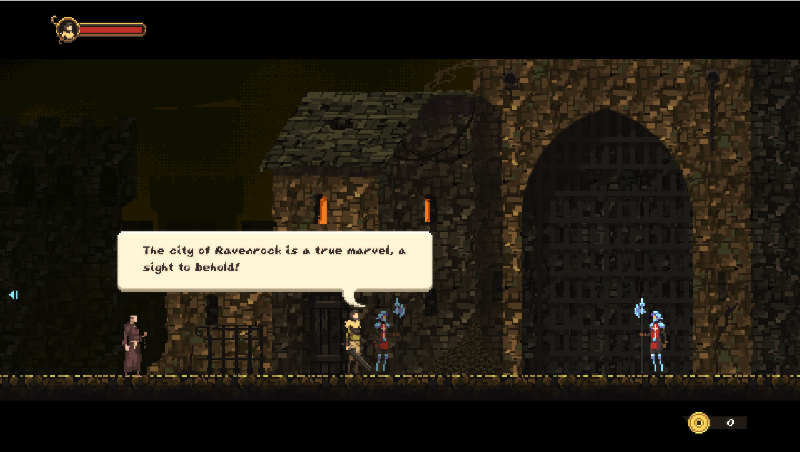 Guild of Darksteel is a cinematic, side-scrolling adventure set in a lush, layered dark fantasy world.

Embark on a dark fantasy adventure and follow the Sellsword, an immortal, as he seeks a purpose in eternal life by joining the Guild of Darksteel. Become one of their immortal mercenaries and investigate the mysterious tunnels underneath the cities of Ravenrock.