A time of high adventure has come to the free-to-play multiplayer PC arena combat game Heavy Metal Machines, with the arrival of Knights, Dragons and a Two-Headed Ogre, a new Season that brings 112 unique rewards to the players.

Watch here the Knights, Dragons and a Two-Headed Ogre trailer:

Out goes the apocalypse and in comes ye olde kingdom of Rockalot, a parallel Heavy Metal Machines universe where noble (and not-so-noble) knights prove their skills against each other in deadly arenas and wage a desperate war against armies of monsters. But there is something rotten in the kingdom of Rockalot, as the foul beasts manage to obtain new weapons in their battle against humanity.

The new skins are not only beautiful to look at, bringing to life the medieval theme of the new Season, but they also boast amazing effects for the character skills. And more surprises are on their way with unprecedented mysterious events coming at the end of October… 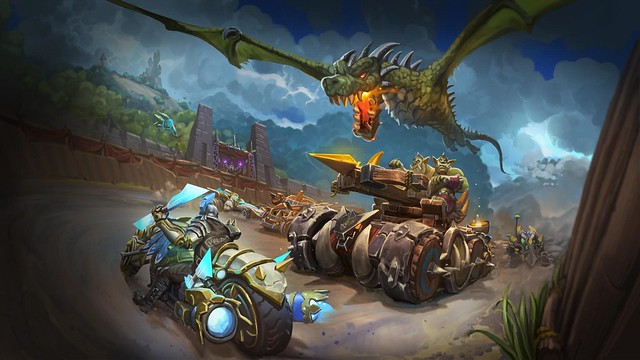 “This month we celebrate one year of the official launch of Heavy Metal Machines, and since then we regularly offer new seasons with lots of additional content and rewards, as well as online tournaments with cash prize, Ranked Mode, gamepad support, Emotes (emotions in game) and a training mode where players can test their skills in matches against the game’s artificial intelligence”, recalls Rodrigo Campos, Hoplon CEO. “These launches reinforce our commitment to always deliver the best experience to the community that can look forward to a lot of news.”

“We are extremely proud of the artistic result achieved in the sixth season of HMM. The medieval theme and new skins have amazing effects on rider skills and outperform any skin ever made in the game. We’re sure the community will like it”, said Eros Carvalho, Hoplon’s studio manager.