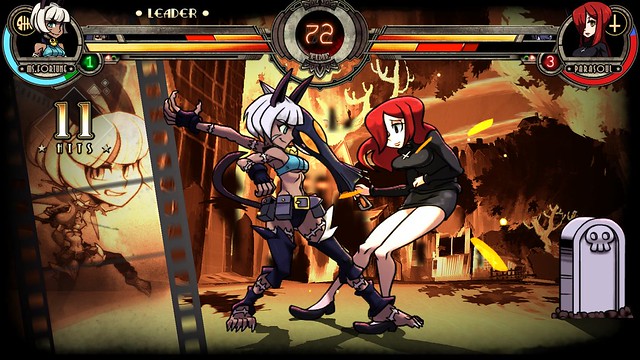 Originally released in 2012, Skullgirls has amassed a dedicated fanbase over the years, releasing across multiple platforms, but never before on a Nintendo system. Skullgirls 2nd Encore on Switch supports two players, both online and locally, and features all the extra DLC the game has received on other platforms, including new characters, a fully voiced Story Mode, unique challenges, helpful trials, color options and an endless Survival Mode.

Skullgirls 2nd Encore is rated T (Teen) by the ESRB.

0 0
Previous ArticleEPOCH: A Tribute to Chrono Trigger on All StorefrontsNext ArticleSHOW US WHAT YOU GOT! ERA OF CELESTIALS LEVELS UP THE LEGION WARS WITH A TRULY DIVINE BATTLEFIELD