With the launch of HITMAN 3’s Gluttony DLC comes an entirely new season of free content. Here’s what you can expect from HITMAN 3’s Season of Gluttony. 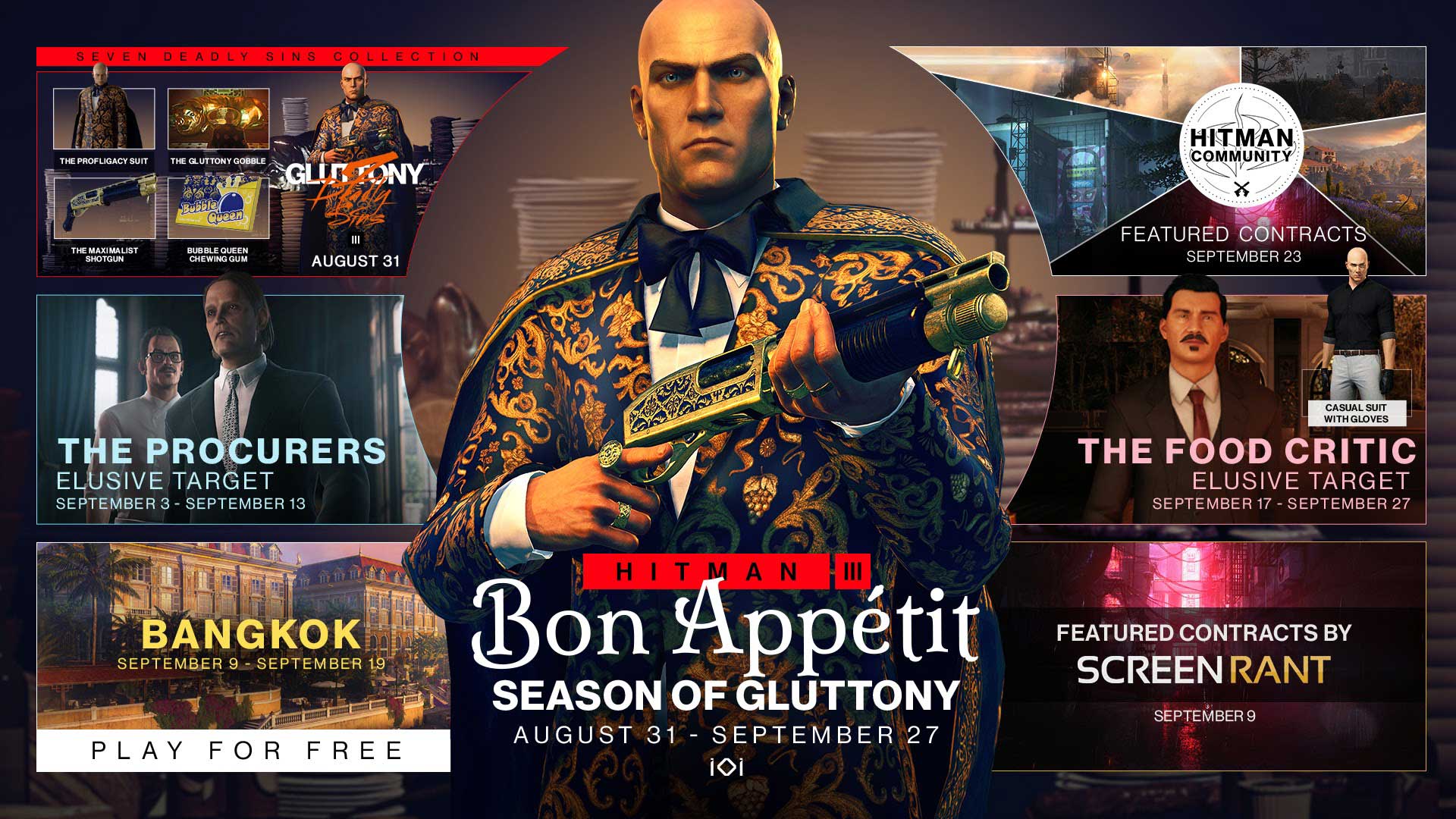