The game is inspired by Masami Kurumada’s original manga series and follows a collection of warriors known as Saints, as they fight to protect the goddess Athena in her battle against Olympian Gods. Playing as one of the Saints, and along the lines of the original, players must fight in combat to progress through the game. The mobile game has already been a smash-hit in Asia, hitting the #1 spot on the grossing RPG charts in Hong Kong, Taiwan and Southeast Asia.

As anime makes a resurgence in mainstream gaming, Saint Seiya Awakening: Knights of the Zodiac offers an action-packed and visually-stunning game featuring top-grade 3D graphics. Restoring the widely loved Childhood classic comic, the game has a style perfectly reproducing Kurumada’s original work. There are hundreds of fighters to choose from, allowing players to design their team and strategy. Hardcore anime fans will recognise some of Japan’s very best voice-artists featuring, including Jun Fukuyama (Lelouch in Code Geass) and Yuki Kaji (Eren Yeager in Attack on Titan), completing a game devoted to doing justice to the original. 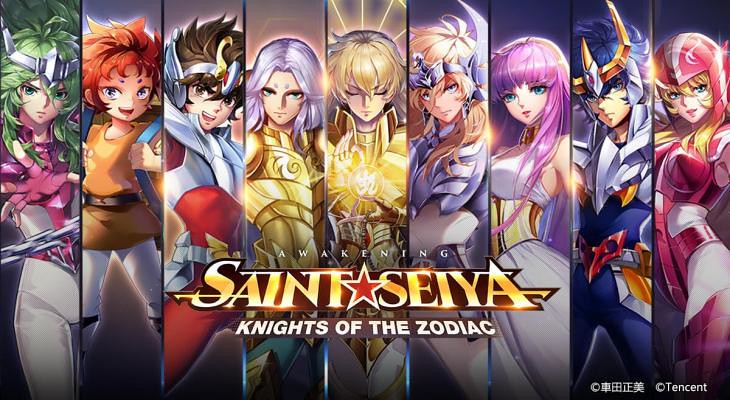 Get Saint Seiya Awakening: Knights of the Zodiac now on Google Play or iOS!