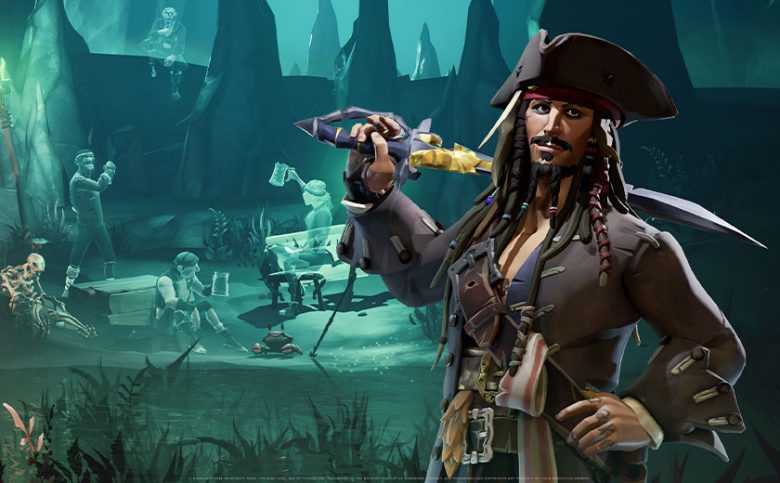 Today we’re excited to celebrate the start of “Sea of Thieves” Season Three alongside our community, with the release of “A Pirate’s Life” – an epic crossover with Disney’s Pirates of the Caribbean. Starting today (June 22nd, 2021) as a free update for players across all platforms (Xbox Game Pass, Xbox Series X|S, Xbox One, Windows 10, and Steam), players will be able to join forces with Captain Jack Sparrow to save the Sea of Thieves in a thrilling original story.

“A Pirate’s Life” is a collection of five carefully crafted Tall Tales forming an original story where Jack Sparrow stars alongside “Sea of Thieves” pirate crews of all sizes. Players will journey to strange, ethereal realms and dive deep below the waves on their quest to defeat the nefarious Davy Jones.