Beloved veteran of the industry, Square Enix, launched the highly-anticipated Kingdom Hearts III on January 29th, 2019. The game serves as the final installment in the Xehanort saga, and the RPG has been well-received among fans, influencers, and critics alike. According to Square Enix, the game is now the best selling game in the franchise, shipping over five million copies in its first week. Kingdom Hearts III is currently also the only game in the franchise available on both PlayStation and Xbox, as it was traditionally made as a PlayStation exclusive. With its release, fans have speculated if and when we will see more Kingdom Hearts III. Rumors of DLCs have floated around the internet, with one question rising above the rest – will we ever see a Critical Mode? 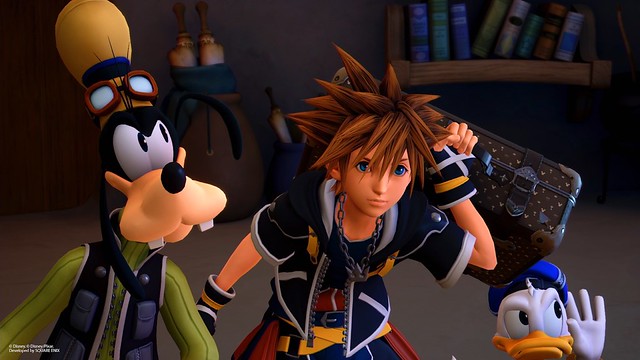 For all of the Kingdom Hearts fans out there, Kingdom Hearts III was everything we had dreamed of for so long. Overall, Square Enix’s final installment in the Xehanort saga was given an overall positive rating. It was a perfect combination of everything fans loved from the original games, while still adding new elements to make the game its own. Yes, playing Kingdom Hearts III was perfect – and what’s just as good as playing a Kingdom Hearts game for the first time? Playing the game over again on Critical Mode! (Oh yeah, now most of you see where I’m going with this…) After hitting that euphoric high of finishing their first run through of Kingdom Hearts III, many fans’ spirits plummeted when they went to the main menu and, low and behold, there was no Critical Mode to be found.

Some fans were hurt, some were angry, and some believed there had to be a good explanation for this. Fans went as far as to use save editing, which is a way of editing uncompressed save datato find what they believed to be Critical Mode in the game’s files. Twitter user KeytoTruth shared screenshots of proud mode versus the an increased difficulty mode claimed to be found through save editing. The comparison shows drastically smaller health and MP bars in the second image, compared to the first image captured from the game’s Proud Mode. 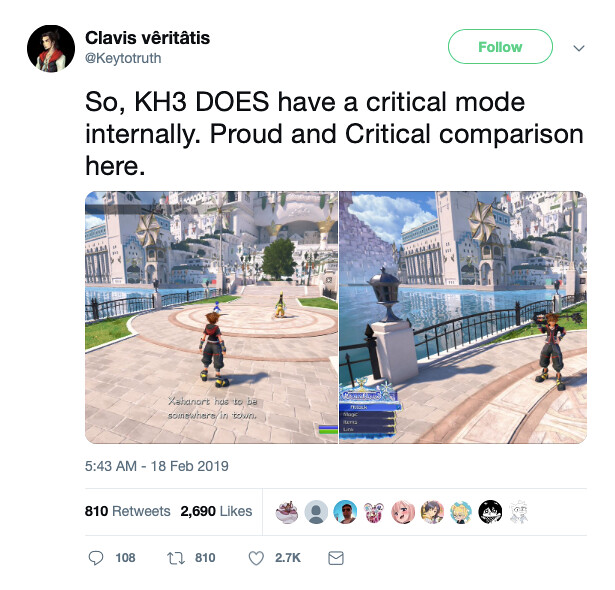 That leaves one question for fans – why save Critical Mode for post-launch? “It’s not about simply changing the numerical value to be stronger, we’re readjusting and debugging. Rather than just making it more difficult, we’re making adjustments to pinpoint a level of fun unique to Critical Mode,” Nomura explains. This style of Critical Mode is exclusive to Kingdom Hearts III, with previous games simply amplifying damage and reducing players’ stats. 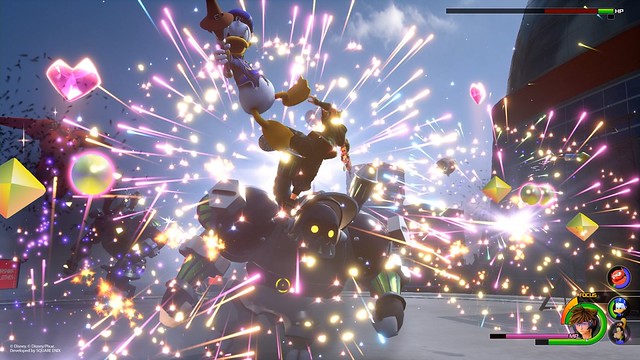 As for other DLC, Nomura confirmed that it is well on its way. “We will offer free downloadable content from what can be done through additional updates, but we’re also planning paid downloadable content to release several elements together as a batch. That being said, paid downloadable content will take a little while to produce, but I would like to finish within the year and have the team move on to its next work.” He further goes on to explain the DLC will include updates to the story that will answer some of the many questions left in the game’s plot.

So, for all those Kingdom Hearts fans who grieved after the end of Kingdom Hearts III and fearing they would have to wait years for more storyline development, there’s hope! Critical Mode will no doubt expand upon the inventive and unique approach to gameplay instituted in Kingdom Hearts III. With the game still young, having only released a little over a month ago, it will most-likely be some time before any DLC is officially announced. Although there’s no news as to what plots the upcoming DLC will cover, there’s no doubt it will leave us with mixed emotions, new theories, and plenty of questions.