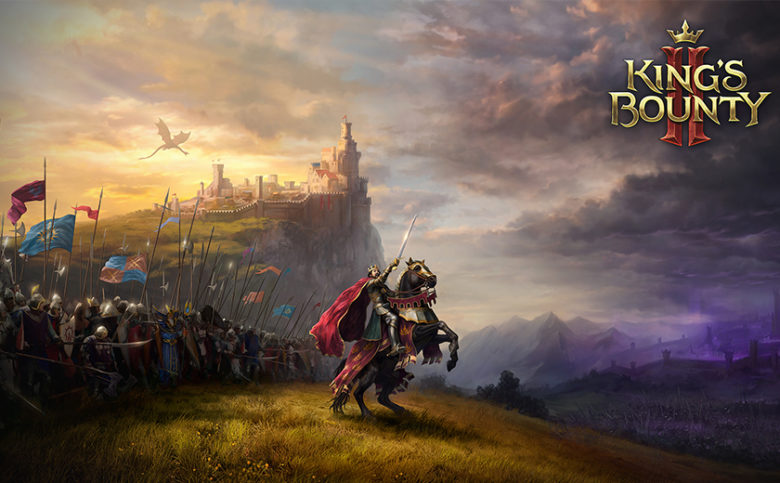 1C Entertainment and Koch Media are excited to officially announce that King’s Bounty II is finally available to pre-order for PlayStation 4, Xbox One, and PC (Steam and Epic Games Store) across all major physical and digital retailers. The Nintendo Switch version is also available to pre-order at all good retailers, and digital pre-orders will be available soon. The announcement was made at the end of a new teaser trailer, which showcased the current state of the game and a mysterious conspiracy against the crown.

Everyone who pre-orders any version of the game — digital or retail — will receive an exclusive digital Day One Edition Pack, featuring a unique Armored Princess’s Shield, Elite Guard Premium Pack, Firehand Golems, Hounds of War Warhorse, and Flaming Eagles. All PlayStation 4 digital pre-orders will include a stunning Theme based on King’s Bounty II artworks. 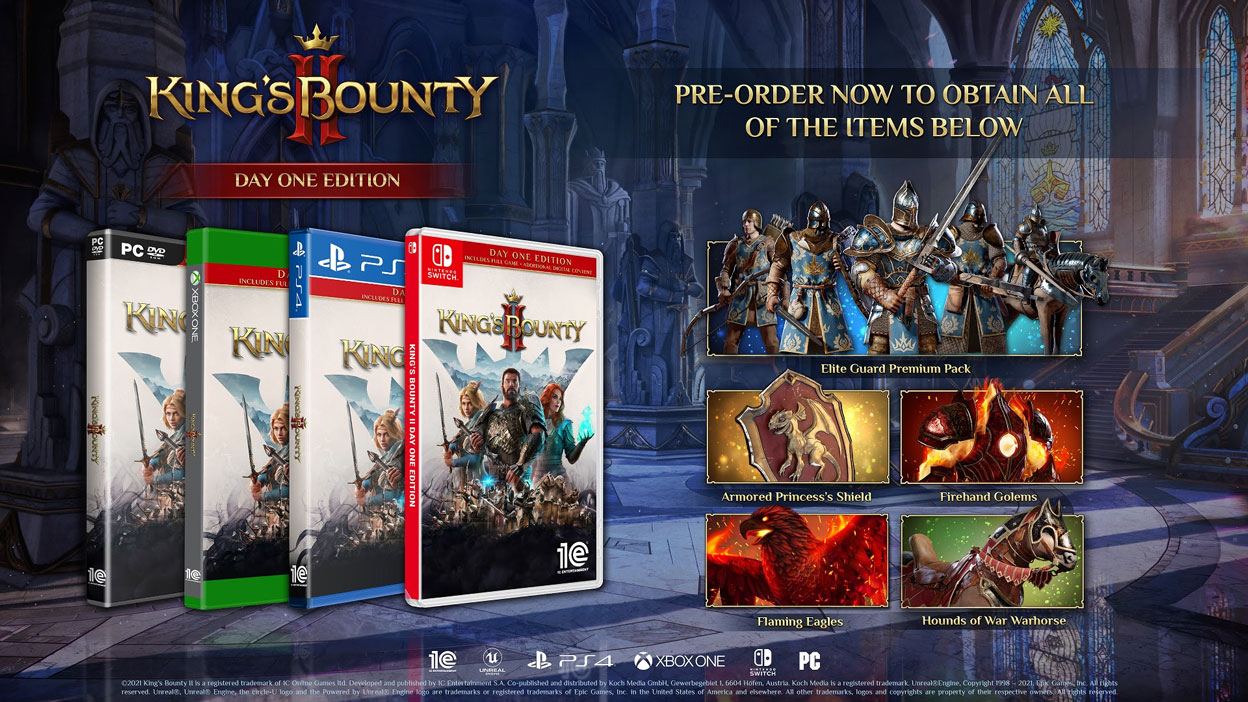 The Lord’s Edition, offered for digital pre-order only, comes with a bevy of additional content on top of the main game, including the Rod of Deception, Frosthammer, Staff of Harmony, Tyrant’s Sword, Armor of the Hollow, and Heroes & Villains Premium Pack.

The Duke’s Edition is only available for Steam and Epic Games Store members and includes the main game, all DLCs from the Lord’s Edition, an exclusive digital artbook, and the King’s Bounty II OST. 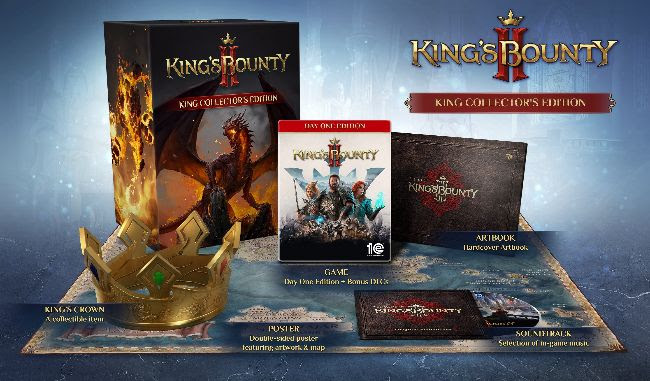