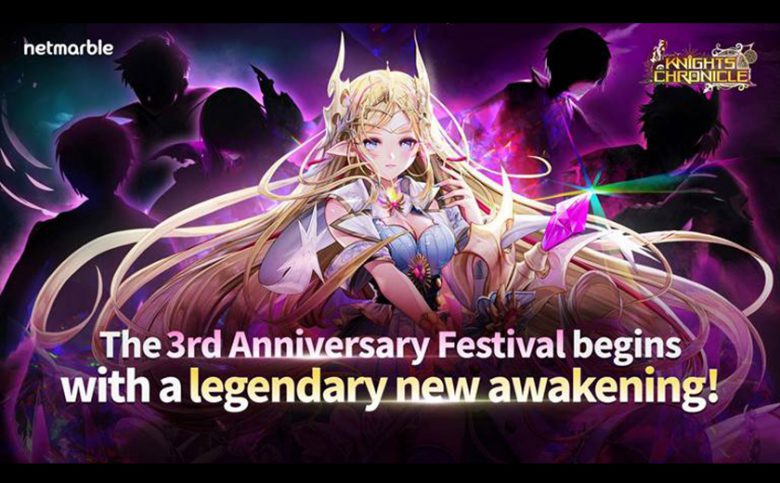 Netmarble revealed that its anime-inspired mobile role-playing game Knights Chronicle is celebrating its three-year anniversary and is offering a suite of new content, including a new Hero, in-game awakenings for two of its popular characters, and a collection of in-game events designed for players to enjoy the game’s three years of entertainment.

Celebrate Three Years of Adventures with Anniversary Events from May 27th ~ June 24th, 2021.

An all-new Hero, Rowan, is now available to collect in Knights Chronicle. Both Rowan and the Pierna Hero can also be awakened as part of today’s update. Players eager to level up the new Hero can earn free Gold Tickets and Crystals by completing the limited-time 3rd Anniversary Thank You dungeon. In addition, those who receive a 3rd Anniversary Treasure Box can exchange the box for various items, including SSR Summon Tickets, Garnets, and more.