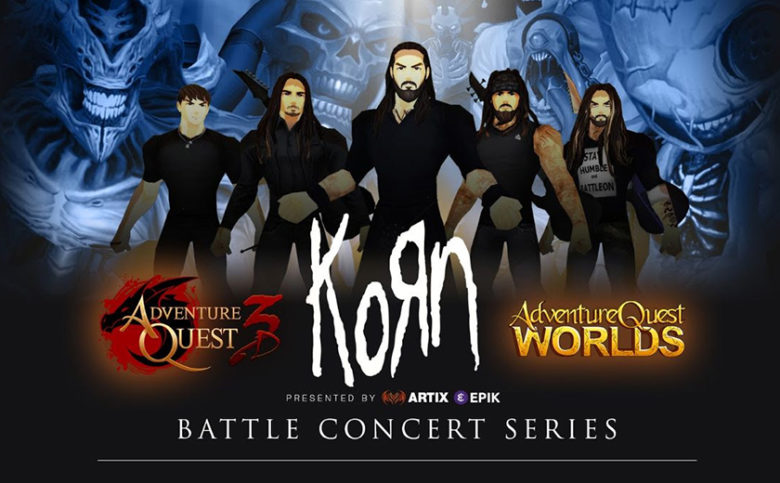 Artix Entertainment is pumped to announce that the massive multiplayer concert featuring KORN is now live. During the special event, players will be able to jump into a monster-filled mosh pit and hear the latest KORN song “You’ll Never Find Me” from the upcoming album THE NOTHING.

Artix Entertainment has created video game versions of the members of Korn for the limited-timed event and they’ll be unleashing musical-driven mayhem onto the fantasy world of AdventureQuest 3D and AdventureQuest Worlds. Players can join the event for free by grabbing a magical ticket which will teleport them to the Batlleon Arena. Superfans of Korn also have the option to purchase VIP and back-stage passes to the event, giving them access to additional limited-time items as well as the ability to take an in-game selfie with the band. 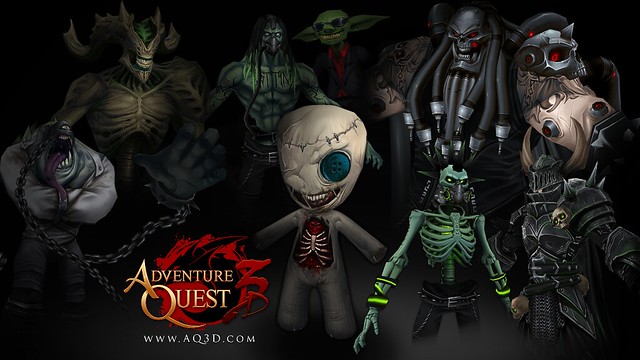 Throughout the event, players will battle brutal and gruesome monsters and bosses some of which have been inspired by the artwork of past albums such as Issues. Players will be challenged to defeat monsters and bosses before the end of a song to earn a treasure chest full of loot. The event also features special event quests, as well as the ability for AdventureQuest Worlds players to unlock the new Heavy Metal Necromancer class. 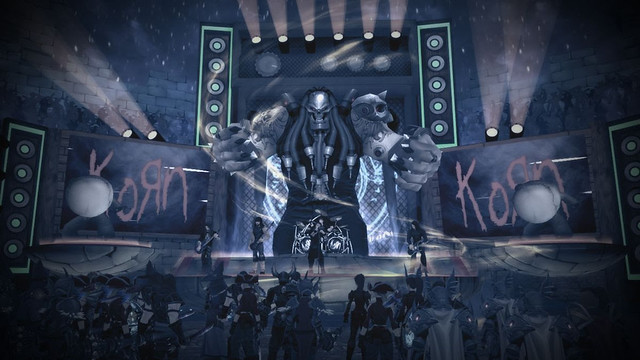