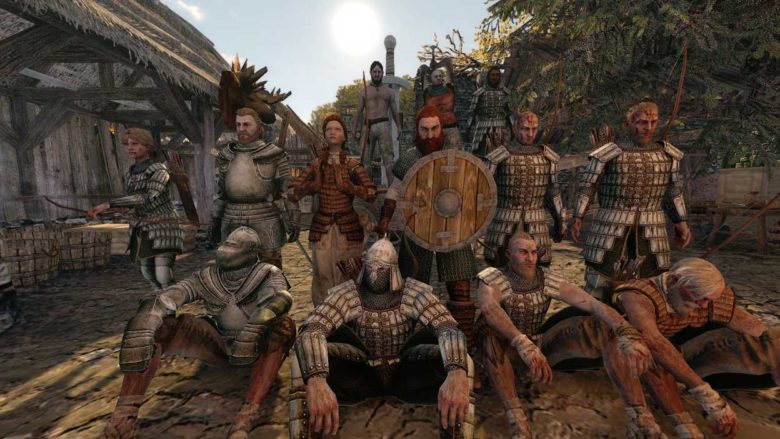 Developer and publisher Bitbox announced today the launch of the Closed Beta Test for their medieval-era society building massively multiplayer game, Life is Feudal: MMO. The Closed Beta starts today and last for approximately two weeks. Life is Feudal: MMO is a large-scale group-focused RPG, that places players in a highly realistic, non-fantasy, medieval world where danger lurks around every corner. Players need to work as a team to gather resources, build shelter, craft tools and form a fully functioning feudal society in an unforgiving archaic world. Players may find a place in society as a vassal, a knight, a farmer or even royalty, as their guild builds and expands their medieval societies.

While players may start their adventure in Life is Feudal: MMO alone, as they gather and craft supplies needed to make it to the next day, they will quickly meet up with others to form groups, then guilds, and finally work their way up to complete medieval societies and nation-states. Life is Feudal: MMO is a realistic social experience, where the best way to thrive in the world is to work together and build a fully functioning society, where everyone has a place, from the most basic hunters and gatherers, to farmers, soldiers and civic leaders. There’s a place for everyone in Life is Feudal: MMO, and a world ready for them to explore!
Sign up for the Life is Feudal Beta today, visit play.lifeisfeudal.com. For more information, ‘Like’ it on Facebook and follow the game’s development on Twitter @LifeisFeudal for all the latest developer updates and news.