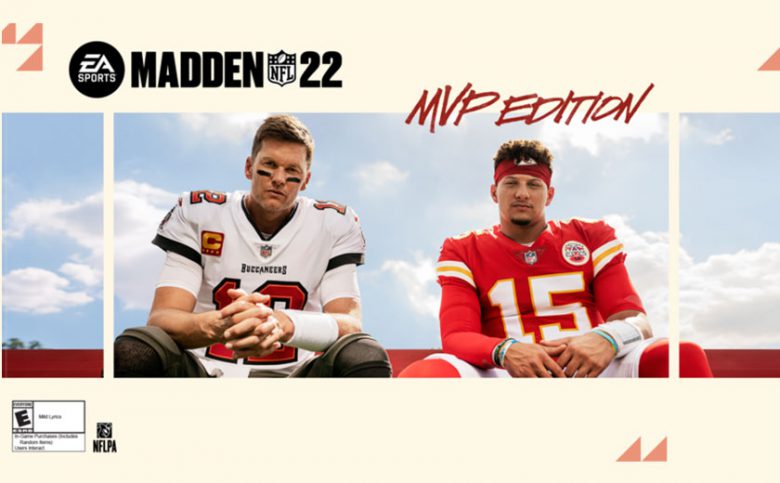 After Millions of Games in Madden NFL 22, the Ravens Are Players’ Top Team, While Julio Jones and Rookie Quarterbacks Are Significantly Lifting Their Teams’ Usage.

Electronic Arts is celebrating the start of the 2021 NFL Season by welcoming football fans everywhere to join the millions of players already in EA SPORTS Madden NFL 22 and explore new features in the game via a global Free-to-Play trial, September 9th through September 12th, 2021 on Xbox One, Xbox Series X|S, PlayStation 4, PlayStation 5, PC via Steam and Google Stadia. During the trial, fans can play everything in Madden NFL 22, including the recently launched “Campus Legends” event in Superstar KO mode, which added ten college football teams to the mode. LSU has emerged as players’ favorite team, and in only its first full day of availability, “Campus Legends” drove a 600 percent increase in player engagement in Superstar KO compared to Madden NFL 21.

“Our entire team is grateful to our players that have been enjoying and engaging with Madden NFL 22since launch,” said Seann Graddy, Executive Producer, EA SPORTS Madden NFL. “We want to give football fans everywhere, who are excited for college football and the start of the NFL season, the opportunity to play what’s new in Madden NFL 22, from the game wide impact of Dynamic Gameday** to the chance to play with or against friends in our college event in Superstar KO.”

Madden NFL 22players also revealed the NFL teams to watch and biggest storylines heading into the season through their play. Across millions of games in Madden NFL 22, the Baltimore Ravens are the team to beat this season according to Madden players, while Julio Jones’ trade to Tennessee lifted the Titans to the second most used team in the game, with a 133 percent increase in usage from Madden NFL 21. Players are eager for the first battle between Tom Brady’s Buccaneers and the Patrick Mahomes led Chiefs, as this cover-athlete matchup is the most played in-game. Rookie quarterbacks like Trevor Lawrence, Justin Fields, and Zach Wilson also are significantly raising each of their team’s usage compared to last year. See the attached image for more highlights from Madden players.

As presenting sponsor of the 2021 NFL Kickoff, Madden NFL 22will present “The Kickoff,” a showdown between NFL legend Marshawn Lynch and rapper/comedian Lil Dicky, hosted by Charissa Thompson. The two stars will face off as the Buccaneers and Cowboys in Madden NFL 22 on the EAMadden NFL Twitch and NFL YouTube channel at 5:30 PM ET on Thursday, September 9th prior to the official NFL Kickoff Concert, Presented by EA SPORTS Madden NFL 22.

This weekend, football fans can make their Madden NFL 22 experience permanent at any point by taking advantage of a 25 percent discount* on the Madden NFL 22 MVP Edition, unlocking numerous benefits across modes, as well as Dual Entitlement† for those planning to upgrade to a next-gen console. This weekend also marks the start of Madden Moment: Ultimate Kickoff, the first immersive, live service experience of the season. Players can unlock themed gear with a new event in The Yard and complete new challenges to earn Ultimate Kickoff heroes and Strategy items in Ultimate Team, with more to come.

Tune in to the Madden NFL 22 Championship Series (MCS) Ultimate Kickoff tonight at 7 pm ET on Twitch and YouTube as the world’s best Madden players start the NFL season on the virtual gridiron. W