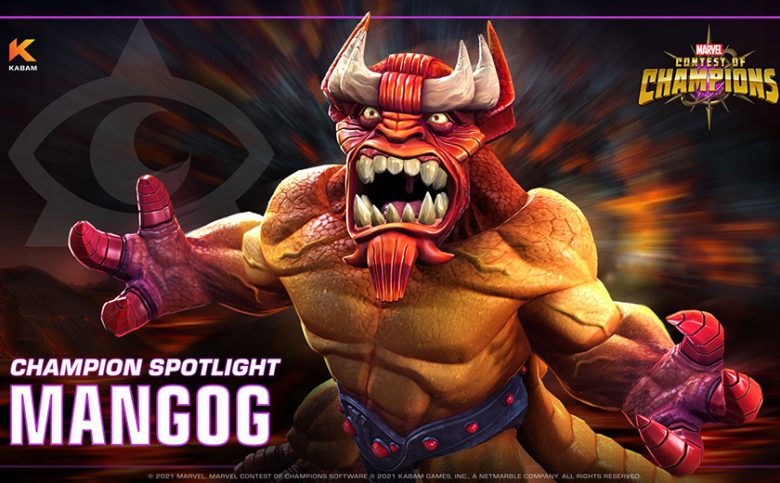 He was built to withstand the sheer might of the Asgardian gods themselves. Become Champion with the “King” of Stagger as Mangog enters The Contest in Kabam’s MARVEL Contest of Champions.

Mangog is the physical manifestation and sum total of the hatred of a billion beings from a race that was imprisoned through a mystical spell by Odin and the Norse Gods. Mangog is physically unstoppable and nearly indestructible while he’s able to feed on psychic energies such as hate, fear, and devotion. He has claimed he will always exist so long as there is hatred in the world. 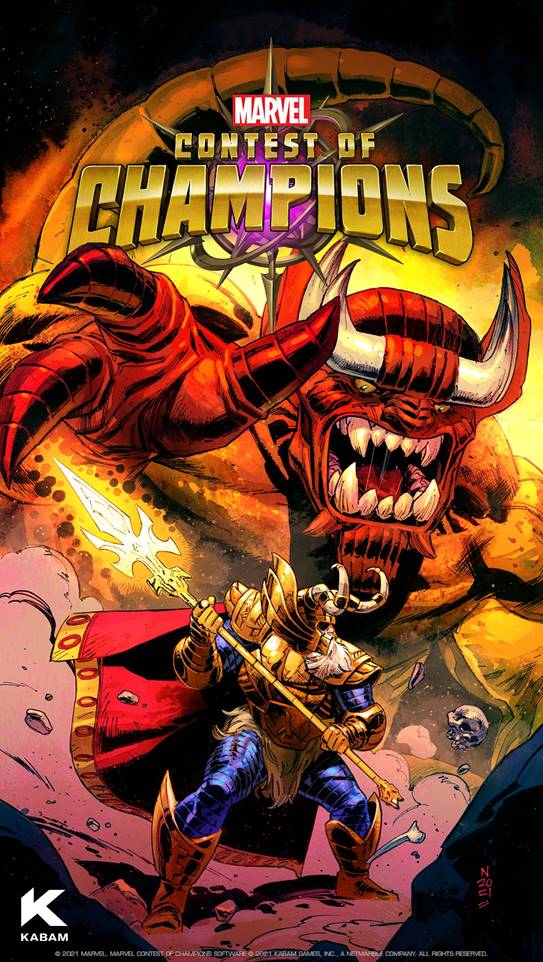