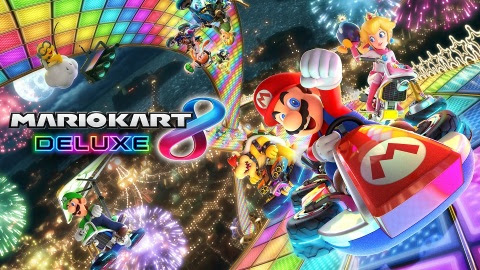 There are many iconic ip’s that Nintendo has created over the years, and one of the most well known is the Mario Kart. Eight games in and Mario Kart is still incredibly fun. The nostalgic tunes that accompany the colorful courses are filled with eye candy.

Interactive environments add another degree of intensity to the racing action. What makes this game shine is not just the crisp graphics, but the feeling of taking a trip down memory lane with a few of your best friends. Link, Inklings, and Donkey Kong are in the mix just to name a few. With a roster of 42 characters there is someone for everyone to get excited about. Amiibo’s can net you game specific racing suits as well, which can then be applied to your customized mii character. 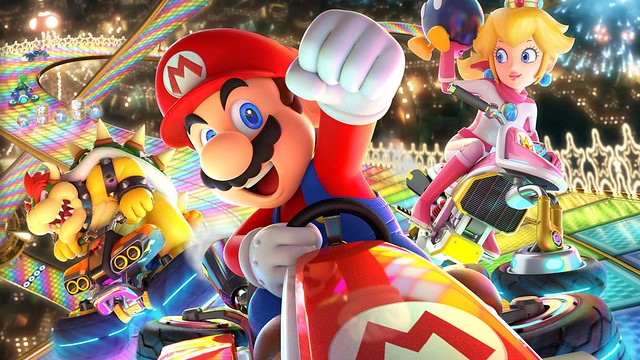 Control the game the way you want, with a classic controller style or motion controls. The controls are deceptively simple, so anyone can pick up the game and enjoy it, but it will take time to master all the tracks on the highest difficulty. There are single and multiplayer modes including battle mode where combatants fight it out with balloons attached to their carts. Landing hits nets a profit of +1 balloon. The player with the most balloons wins! While I enjoyed the racing more than anything, this was a really fun mode. With the addition of two brand new power ups to the franchise, there is a lot to throw at the competition across the 48 maps. Mario Kart 8 deluxe is a love letter to Nintendo games of the past and present and is by far one of the most compelling reasons to own a Nintendo Switch. 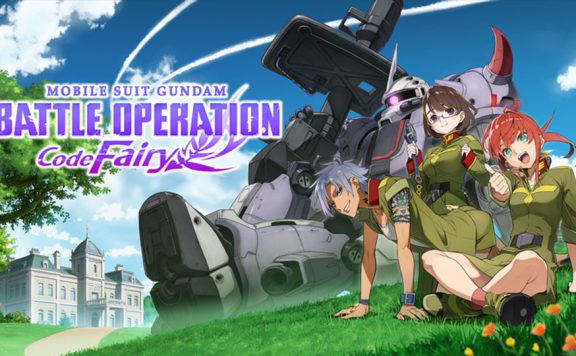