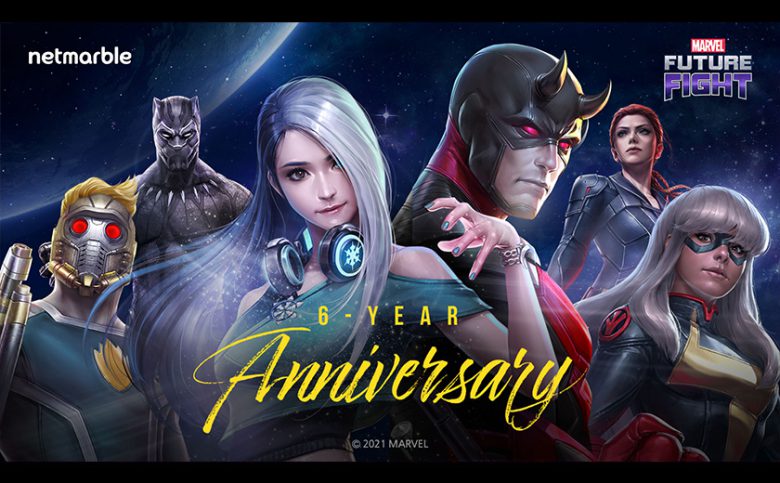 Netmarble is proud to announce that MARVEL Future Fight is celebrating the six-year anniversary of the game’s launch in 2015. Today’s update brings a substantial variety of in-game events, player rewards, and other content for player Agents to enjoy!

To start, Netmarble is launching a check-in event that allows players to earn rewards by just logging into MARVEL Future Fight. The 6TH Anniversary Check-in runs from April 30th through May 9th and offers a main reward of 1x Selector: Tier-3 Character and a 6TH Anniversary Special Icon.

Players can now dispatch their roster of characters to protect individual regions, where rewards are earned based on the growth score of dispatched Super Heroes. Players can send out more characters by opening up Dispatch Slots earned from clearing high-level stages.