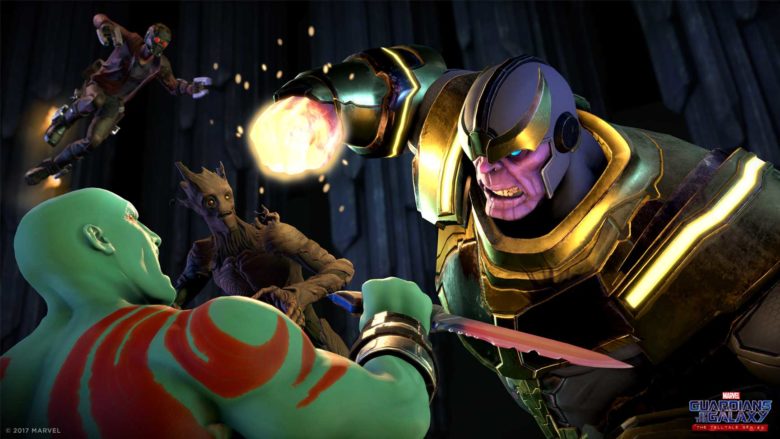 Marvel’s Guardians of the Galaxy: The Telltale Series Premieres April 18

Hey, Telltale fans and True Believers! I have lots of info for you today for Marvel’s Guardians of the Galaxy: The Telltale Series, so strap in. 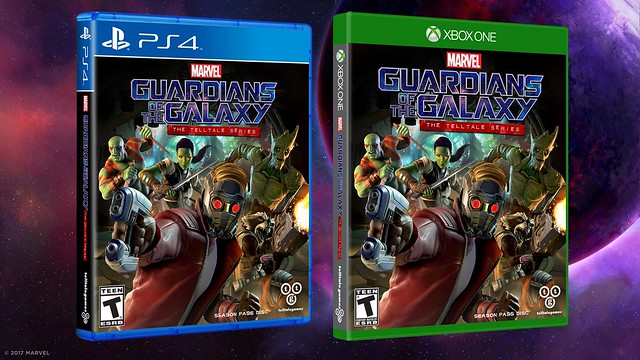 First of all, we’re happy to announce that the first of five episodes, ‘Tangled Up in Blue,’ will be available to download beginning April 18th on PlayStation 4, Xbox One, PC, iOS, and Android-based devices for $4.99 USD or equivalent. A lot of digital retailers have special pre-order deals on the season pass as well, so check your favorite to see what they have to offer. The North and South America PlayStation 4 pre-order deal includes an exclusive premium theme that’s pretty awesome, if I do say so myself.

In addition to the digital release, players will be able to find the special season pass disc at retailers across North America beginning May 2, and elsewhere across the globe beginning May 5.

What’s more – we’ll have a trailer for you on Thursday! Hop on your favorite social media site at 9am PT to see the Guardians in action.

In addition to that, we’ve released some key art and packaging art for everyone to analyze. It looks like the Mad Titan has joined the ring… are the Guardians any match for him? Hoping to see some good threads and theories on our forums, you guys!