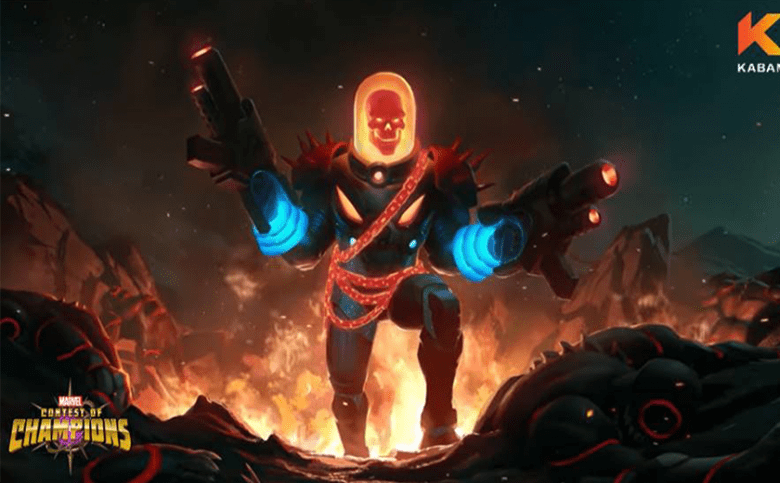 Here is a quick look at what the Contest has in store this month:

Several time anomalies have been detected on the far reaches of The Battlerealm. As concerning as numerous temporal activities in one region is, it does not appear to affect the mysterious characters running amok in the nearby area.

Reports state that “The Rider” has been sighted in the region after tracking down a seemingly abandoned warehouse filled with countless Crystals. As great of a find as this is, caution is urged, as there is very likely a sinister reason why the Crystals were abandoned in the first place…

Hop in and get ready for a turbulent ride through The Contest as Cosmic Ghost Rider and Red Goblin fight for, about & through time itself in this month’s Event Quest; Recursion!