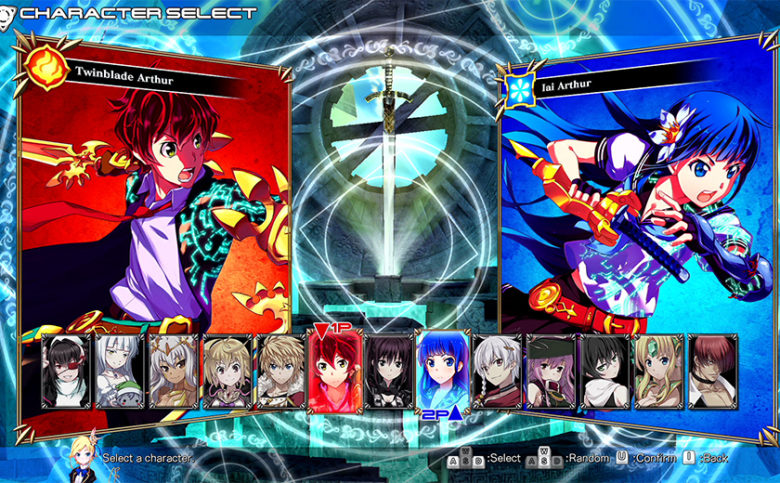 Set in a fictional Britain that is home to a million King Arthurs each striving to become the one true king. Million Arthur: Arcana Blood is a classic 1-vs-1 2D fighter with a huge roster of 13 playable fighters and 31 ‘Support Knight’ summon characters to assist in any way they can and ultimate attacks.

Million Arthur: Arcana Blood brings together popular fan-favourite characters from the Million Arthur series such as Blade Protector Arthur, Thief Arthur and Lynx Arthur as well as guest fighters including ‘Otherworldly Riesz’ from Seiken Densetsu 3, ‘Otherworldly Koume Sakiyama’ from LORD of VERMILION and ‘Otherworldly Iori Yagami’ from THE KING OF FIGHTERS XIV

Alongside the arcade action, long-time fans of the Million Arthur series will enjoy an all-new story from the mysterious author Kazuma Kamachi, centring on Britain’s Grand Martial Arts Tournament and warriors aiming for victory and recognition as the true Arthur.