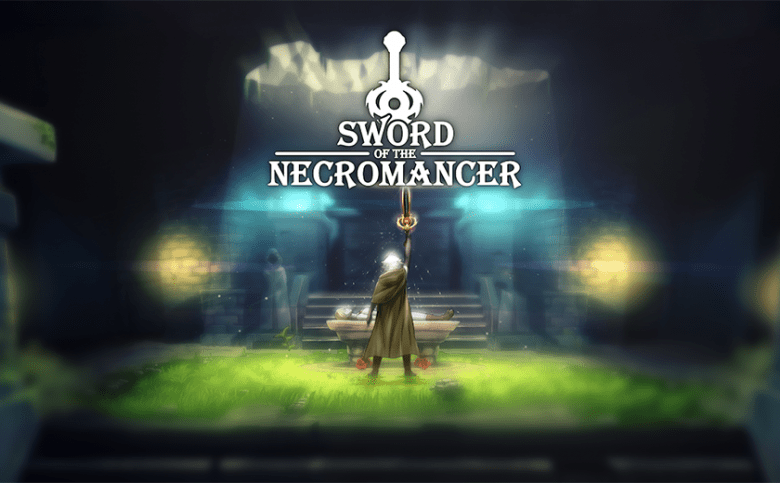 Grimorio of Games and JanduSoft S.L. launch their monster summoning action roguelike Sword of the Necromancer, available today on PlayStation 4, Xbox One, Switch, and PC.

Sword of the Necromancer is a dungeon-crawler action-RPG with roguelike elements where you can revive your defeated enemies to make them fight alongside you. Turn your foes into allies using the forbidden powers of the Sword of the Necromancer and help the rogue Tama reach the dungeon’s depths to gather enough power to bring her beloved priestess Koko back from the dead. Assemble a small army of monsters, equip yourself with weapons and relics, and level up to take on the guardians that stand between you and your goal.

Each attempt gets you closer to the Necromancer. Upon death you’ll lose all your equipped weapons and monsters, but you will retain part of the level you achieved in your run. As you scour deeper through the dungeon you’ll uncover more of Tama and Koko’s past. Do you think it is dangerous to go alone? Then use the Flask of Homunculus to create a copy of yourself and play with a friend in local co-op! Additionally, there are IR codes that can be scanned to make the game easier. Or harder. The choice is yours!

“We’re very excited for players to finally get their hands on our creation!” say the developers. “Sword of the Necromancer is our take on modern day dungeon crawlers. Inspired by classics, we aim to create a new and exciting adventure while feeling familiar. The game combines monster summoning action with a fluid battle system working together as you strive to revive Koko in an engaging yet challenging experience.”

To celebrate the launch Grimorio of Games has released one of the songs from the game’s soundtrack, composed by Dale North (Wizard of Legend, Sparklite, Nintendo Minute) and sung by Emi Evans (Nier & Nier Automata, Drakengard, Dark Souls).