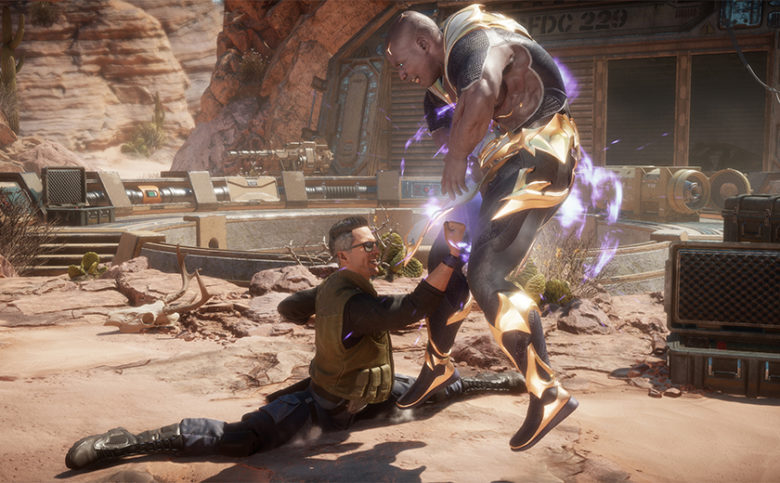 In the trailer, Kronika, the Keeper of Time, has signaled for a new era to begin as she tries to rewind time to its beginning and restart history. In order to restore balance to the realms, players must take on the role of numerous fighters from different eras, culminating in the ultimate generational clash as current characters collide with their past selves. The launch trailer features both cinematic story moments coupled with crushing gameplay showcasing the growing roster of confirmed playable fighters in Mortal Kombat 11, including Scorpion, Raiden, Sub-Zero, Sonya Blade, Skarlet, Baraka, Geras, Kano, D’Vorah, Kabal, Jade, Johnny Cage, Cassie Cage, Erron Black, Jacqui Briggs, Kotal Kahn, Noob Saibot, Liu Kang, Kung Lao, Jax Briggs, Cetrion, The Kollector, Kitana and Shao Kahn.

Mortal Kombat 11 is the latest installment in the critically-acclaimed franchise, developed by award-winning NetherRealm Studios, and will be available beginning April 23 for PlayStation 4, PlayStation 4 Pro, Xbox One, Xbox One X, Nintendo Switch and PC. Pre-order now to receive the in-game playable character, Shao Kahn.

0 0
Previous ArticleIt’s time to prepare your stalker gear, turn on the Geiger counter and fully immerse yourself in a world of contamination and mystery. Get a first look at what your adventure will uncover in this multi-dimensional Exclusion Zone area.Next ArticleTHE SECOND PHASE OF THE CLOSED BETA IS NOW OPEN