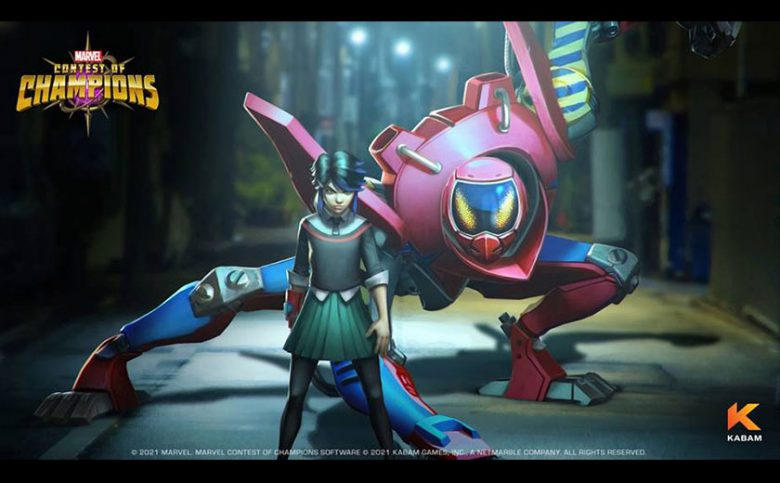 The Contest continues as two new champions crawl into the Battlerealm – SPIDER-MAN 2099 & PENI PARKER! Find out more about their stories in MARVEL Contest of Champions as Kabam debuted an all-new motion comic teasing the two new Champions coming to the popular mobile fighter.

Mister Fantastic has noticed interdimensional activities along with the signature of a large mechanical device in the Battlerealm recently and has tasked you with assessing what is going on. There have also been reports of Champions acting strangely, to the point where their personalities and mannerisms are almost the complete opposite of what they usually would be…

Miguel O’Hara, a brilliant geneticist from the year 2099, goes through a series of incidents that culminate with him having his genetic code spliced with the DNA of a spider. He gains several spider-related powers similar to the original Spider-Man, like superhuman agility, strength, and wall-crawling. However, his powers are slightly different from the original, he can organically create his own webs, he has retractable claws and instead of spider-sense, he has a hyper-accurate vision which is so powerful that it essentially works as an early warning system.

Both characters will arrive in the game in August, and fans can now check out the all-new motion comic – Multi-Vers-Onality.