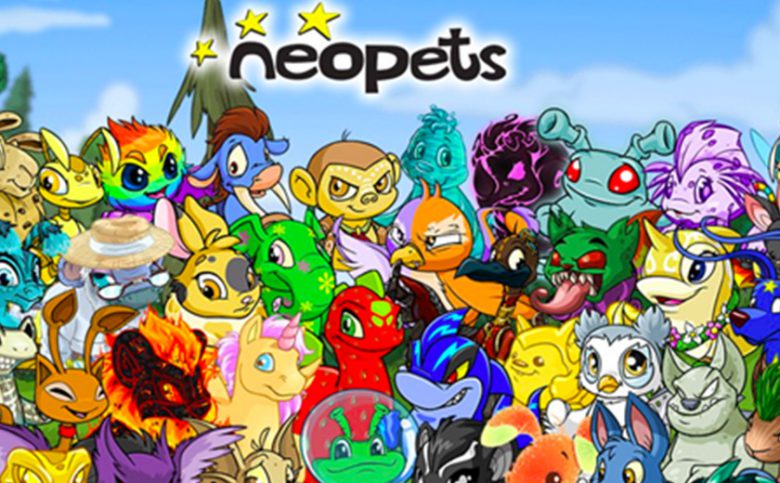 Neopets was one of my favorite games growing up in the early 2000s. Neopets allows users to create and care for digital pets called “Neopets” and explore the virtual world of Neopia. There is no set objective for the users, but they are expected to feed and care for their Neopets when they grow hungry or ill. Neopets will not die if neglected, but their health can limit their gameplay. Neopets come in a variety of species and colors, and users can create or adapt their own. Users can obtain items to interact with their Neopet, such as books to read and toys to play with them.

Neopets can be customized with certain clothing items, paintbrushes, morphing potions, and accessories. Users can build a customizable Neohome for their Neopets and furnish it with furniture, wallpaper, and flooring. Neopets can battle against other Neopets or non-player characters in the Battledome, but they cannot die there. A customizable Neohome Neopia is a virtual planet with fantasy lands inhabited by Neopets and other virtual creatures. Each land has a different theme, such as pirates or prehistory, and their shops, games, and attractions. 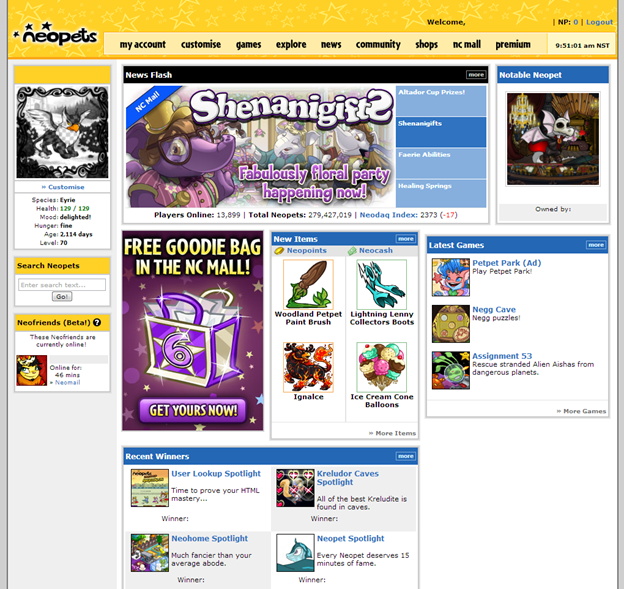 Neopia follows its own calendar and time zone, which runs concurrent with real-world Pacific Time, and has tie-ins with certain real-world holidays such as Halloween and Christmas. It has its economy and stock market based on Neopoints. Users can earn Neopoints through various means, including playing games and selling items, which can be invested or used to buy multiple virtual goods and services. The site is regularly updated with features like new games, items, and content.

Occasionally, the Neopets team releases interactive storylines to expand the in-universe lore. In addition to the site content updated by the Neopets team, users also contribute content to the site. User contributions come in the form of prescreened submissions and readily editable content that is automatically filtered, such as the site’s weekly electronic newspaper, The Neopian Times. Different types of submissions will be accepted.

.@elisefavis and I collabed on this story about early 2000s games that relied on Adobe Flash and must find a way to live on. Neopets, Habbo Hotel, Newgrounds were some of the folks we spoke to. And don’t miss @JhaanElker‘s video on how Newgrounds evolved. https://t.co/9212ucZDCU

Neopets was conceived in 1997 by Adam Powell, a British student at the University of Nottingham. He shared this idea with Donna Williams. The two started work on the site in September 1999. Powell was responsible for the programming and the database, and Williams the web design and art. Their original office was located in Guildford. With the help of two friends, the site launched on 15 November 1999. Powell stated that the initial goal was to “keep university students entertained, and possibly make some cash from banner advertising .” The site contained popular culture references, such as a Neopet that was simply a picture of Bruce Forsyth. So for the 90s kids who remember this game, the good news the virtual pet website Neopets may be coming to a Nintendo Switch near you. 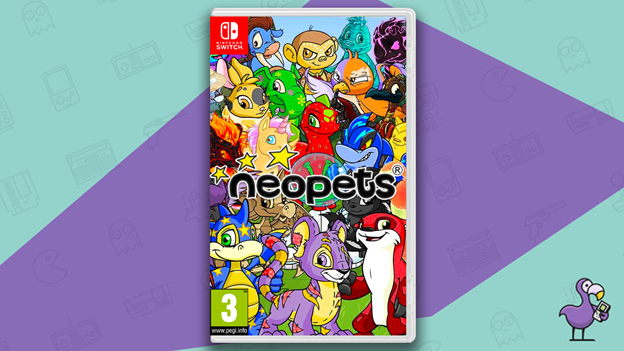 Nothing’s yet set in stone, but according to a new report by the Washington Post that explores the impact of the demise of Adobe Flash on a whole generation of flash games, Neopets’ current development team is reportedly looking to bring it to Nintendo’s family-favorite handheld console. Journalist Shannon Liao revealed that during interviews for the article, the Neopets team allegedly said it is “thinking of bringing the game to the Nintendo Switch” but “declined to share further details .”It’s the “declined to share further details” bit that’s got fans excited, hinting that efforts to port the games to Nintendo Switch may already be underway. And yes, even though it’s old enough to drink on both sides of the pond now, Neopets is still going strong today and even has a mobile version out.

Since 2014, US developer JumpStart games have been run, owned by Chinese online gaming publisher NetDragon. Last year, a Canadian TV company snapped up the television rights to the Neopets franchise. It confirmed that an animated show is now in the pipeline. The first episode is expected to debut later this year. 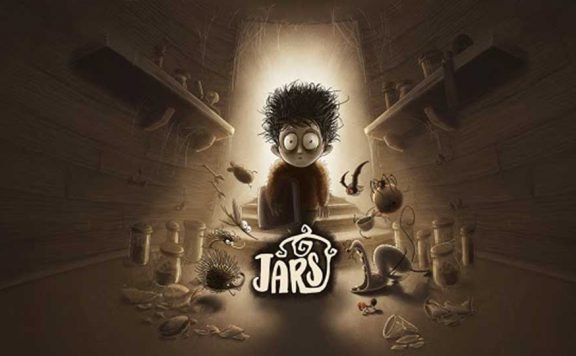