Netmarble Corp. is proud to announce new details for Magic: ManaStrike, its first-ever game for Wizards of the Coast franchise Magic: The Gathering. Developed under license exclusively by the Netmarble Monster studio, Magic: ManaStrike is a mobile synchronous combat game that brings fan-favorite spells, and characters, such as Chandra Nalaar, Jace Beleren and more – to life in an all-new genre. 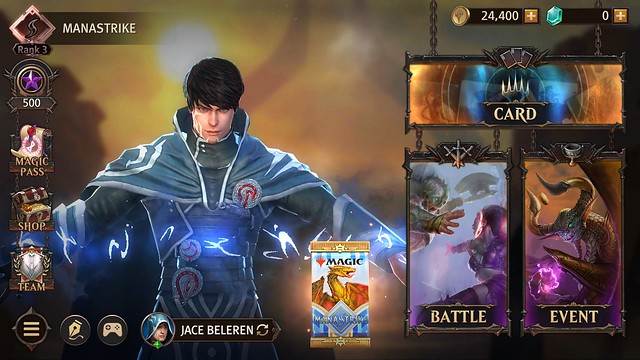 Easy to play but hard to master, Magic: ManaStrike offers simple, tactical, and strategic gameplay through its user-friendly interface. Gameplay spotlights many customized strategies between opponents in intense Player vs. Player (PvP) matches. Players can experience Magic: The Gathering’s vast universe of original spells and characters presented with amazing visuals in high-quality 3D, all in the palm of their hand.

“Working with Wizards of the Coast on Magic: ManaStrike was great, and we are proud of the experiences we built together to bring the brand to a whole new genre of gameplay,” said Seungwon Lee, Chief Global Officer of Netmarble. “More details on Magic: ManaStrike will be shared soon. We want to assure fans our game acts as a fresh new addition to Magic: The Gathering, and we are eager to introduce what makes Magic: The Gathering special to even more players.” 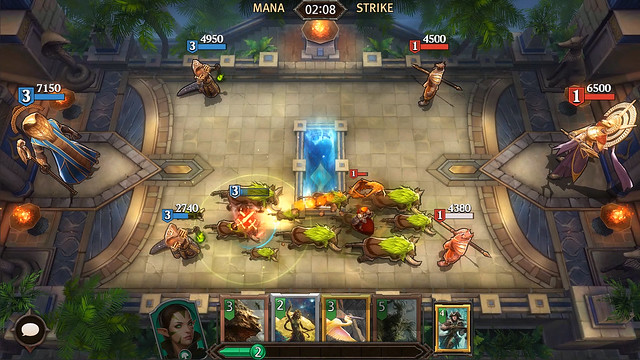 Players begin with a detailed tutorial, which guides them through the game’s early stages. After choosing a pre-made deck of cards from one of Magic’s five iconic colors – White, Blue, Black, Red or Green – players will fight against live opponents, where quick tactics and fast play reign supreme on the battlefield. As they progress, players will collect new cards and enhance their units (inspired by Magic: The Gathering’s deep library of creatures) to suit their individual playstyles and strategies.

“We’re thrilled to partner with Netmarble to bring Magic: ManaStrike to mobile gaming fans around the world,” said Eugene Evans, VP, Business Development, Wizards of the Coast. “We were drawn by Netmarble’s reputation as a global leader in mobile games and its known passion for putting a unique twist on the genre. As a new Magic-inspired experience, Magic: ManaStrike is an action-packed way to discover the Magic multiverse, and we can’t wait to welcome new players to the community.” 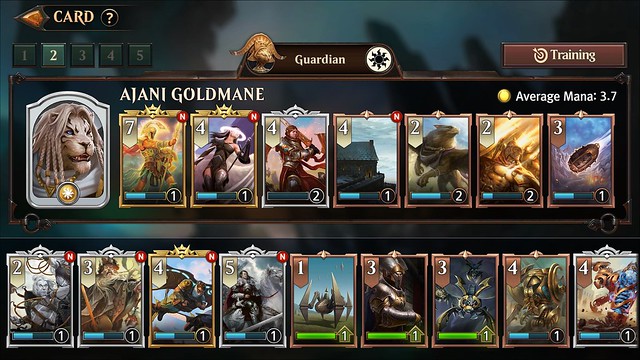 More details, including a gameplay first look for Magic: ManaStrike will be formally revealed at this year’s G-Star tradeshow in Busan, South Korea available from 14-17 November.