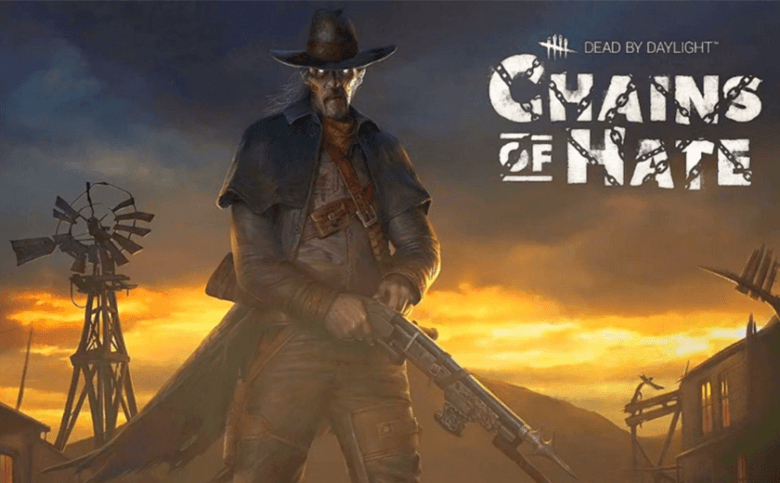 Behavior Interactive recently revealed a new chapter for Dead by Daylight called “Chains of Hate.” The latest chapter will be coming with both a new Survivor and Killer as well as a new map. There’s a lot to unpack here so let’s get started!

The new Survivor’s name is Zarina Kassir. Like all Survivors, Zarina herself has no new features outside of her perks. Since the chapter hasn’t been officially released yet, all of the new perks are still somewhat up in the air and are subject to change following the Public Test Build that was released on PC for owners of Dead by Daylight to participate in. However, based on what we’ve seen so far, it looks like her perks do have some interesting effects such as “Off the Record,” which will allow a Survivor’s aura to be hidden once they’ve been unhooked. There’s also “For the People,” a new Altruism perk that will enable the user to heal another Survivor with their own health and “Red Herring,” which can be used to distract Killers by setting off a noise notification at the last generator the Survivor was working on.

The new Killer is the Deathslinger — an old-west cowboy type, complete with a wide-brimmed hat and, of course, a rifle. Yes, you read that right. One of the Killers in Dead by Daylight is going to be using a gun. But this isn’t just any weapon … The Deathslinger’s rifle (known as the “Redeemer”) fires harpoon-like chains that can impale the survivors at a long distance, allowing him to reel players in for a hit. The challenge with using this power to its full effect comes not only in learning to aim and time your shots correctly, but also in getting the caught Survivor to you before they can break the chain.

This seems like a great way to balance the Deathslinger’s power as it opens up a whole new level of strategy for the Survivors going against him. Players will have to be cautious about going out into the open since it’s much safer to stick to walls and rubble that the Deathslinger can’t pull them over. Dropped pallets are another surefire way to keep something sturdy between Survivors and the Deathslinger. Alternatively, a team with good communication can also body-block a Survivor who’s been caught by the Redeemer, making it much more difficult to reel them in.

The Deathslinger’s perks look to be focused primarily around stopping generator repairs and finding Survivors. “Gearhead” will highlight a generator once a great skill check is completed as long as that generator is still being worked on, while “Hex: Retribution” will cause players who destroy a dull totem to suffer from the Oblivious status effect. And “Dead Man’s Switch” will activate whenever the Killer hooks their Obsession thus causing any generators that are currently being worked on to be blocked by the Entity, if a player stops working on them. But again, all of these are subject to change prior to the official release.

For more on the latest Dead by Daylight news and updates, stay tuned to GamingLyfe.com!