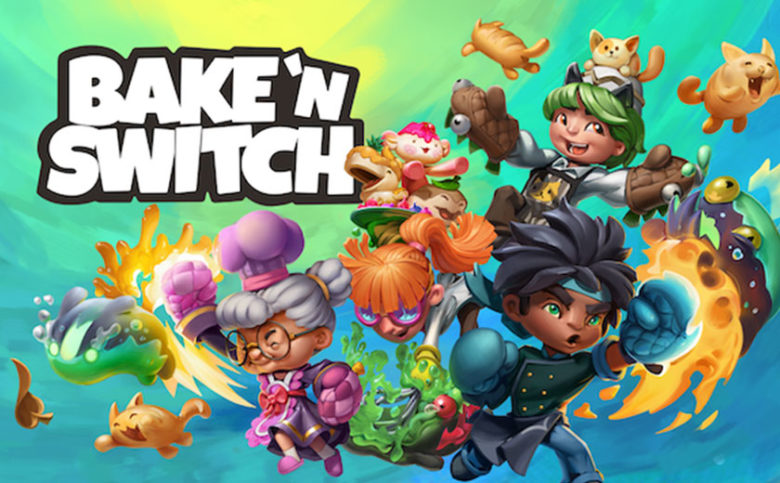 Streamline Games announced today that the Serradurra desert world, complete with 50 co-op levels and three new adoughrable Bun creatures, each with unique behaviors. Armadough, Fluff Fox, and Bunboa join the Bake ‘n Switch lineup for launch this Summer on PC and Nintendo Switch, with a Playstation launch around the corner. Additionally, two new Bakers – Sage and Salt – are thrown into the fray to merge, punch, and bake an army of frantically bouncing Buns before time runs out. Bake ‘n Switch is a fast-action party game for 2 to 4 players in local or online multiplayer that will test your reaction skills and your competitive edge!

Join Ginger, Rosemary, Thyme, and Parsley, along with newcomers Sage and Salt, to show these Buns who’s boss! And Baker abilities throw a little more spice into the mix! Harness Thyme’s fiery punches that bake on the spot, Ginger’s nifty dough-rising serums which double your Buns, Rosemary’s fast swinging rolling pin to whack-a-Dough, and Parsley’s distractive qualities when he unleashes a herd of kitties! Adding additional seasoning to the battle, Sage whips up a witchy brew that sucks in Mouldies and immediately bakes nearby Buns adding to your rising score, while Salt wields his crusty, grappling-hook to wrangle in runaway Doughs.

“We are very excited to finally share the expanse of the Bake ’n Switch world. We’ve hinted at it for some time, but now we’ve unleashed Serradurra, on top of Tropic Toaster, to add more Buns, more Bakers, and more interactive dynamic courts that bring new challenges and variety to the game,” said Stefan Baier, COO, developer Streamline Games. “Launching with 100 levels, 2 worlds, online co-op and pvp proves that our game can have a long shelf life, and keep players coming back for more.”