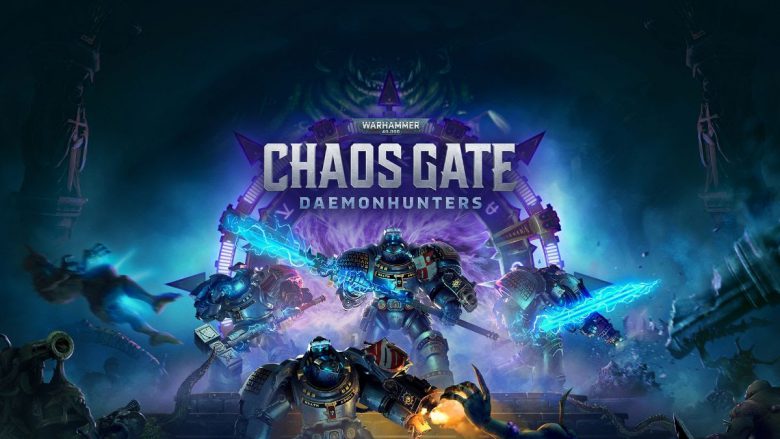 In their second Developer Diary for Warhammer 40,000: Chaos Gate – Daemonhunters, Complex Games and Frontier Foundry shared a first look at the game’s antagonist, Daemon Primarch of the Death Guard, Mortarion. The Pale King’s involvement in this plot highlights the peril faced by the Grey Knights, given his long-standing feud with the sons of Titan. For those unfamiliar with this favoured champion of Nurgle, today they share some additional detail on this imposing character.

Raised on the toxic world of Barbarus after the twenty Primarchs were scattered across the galaxy, Mortarion and his Legion, the Death Guard, supported the Warmaster Horus in betrayal of the Emperor of Mankind, a path which led to him pledging his servitude to the Chaos God Nurgle in order to deliver himself and his sons from the Plague God’s Destroyer Plague.

Nurgle’s new Champion was gifted newfound power, becoming fear, death and plague made manifest. Emerging from the warp, the Death Guard’s once gleaming grey armour became rust-ridden and cracked, their bloated plague-ridden bodies spilling out from the joints of their corroded power armour.

Within the Eye of Terror, Mortarion casts his gaze into the physical universe from the warp. Preparing for his next move against the Imperium and preparing Nurgle’s latest and most dangerous gift, The Bloom.

Mortarion and the Grey Knights

The most memorable of clashes between the Grey Knights and the Death Guard came during the Battle of Kornovin, when the Sons of Titan mobilised on a scale few have ever seen in order to repel Mortarion’s incursion into the Imperium. As the battle raged, Supreme Grand Master Geronitan fell to the Death Lord, resulting in the elevation of Kaldor Draigo to lead the Chapter as Supreme Grand Master. Draigo fought his way to face Mortarion, and was able to banish the Daemon Primarch by speaking his True Name, carving Geronitan’s name onto his heart as he did so, earning Mortarion’s eternal hatred.

The Death Lord is known for his strategic prowess in designing cunning battle plans and the management of his forces, so be prepared for well-drilled Plague Marines and a relentless spread of The Bloom across the Tyrtaeus sector. As Force Commander of the Baleful Edict, strategically you’ll be going toe-to-toe with one of the Imperium’s greatest adversaries, which personally I think is an amazing prospect for players. I mean, Mortarion is a huge part of the Warhammer 40,000 Universe and he’s really bringing the fight to your door in Warhammer 40,000: Chaos Gate – Daemonhunters.