In celebration of Pokémon Day today, The Pokémon Company International and Nintendo announced that a new Mythical Pokémon has been discovered in the world of the Pokémon Sword and Pokémon Shield games—Zarude, the Rogue Monkey Pokémon.

Zarude is a Dark- and Grass-type Pokémon that can grow vines from the back of its neck, its wrists, and the soles of its feet at will. The vines are strong and flexible and are useful for many different situations. They can be used to wrap around tree branches to move around and grab Berries from distant branches, and they even have healing properties. 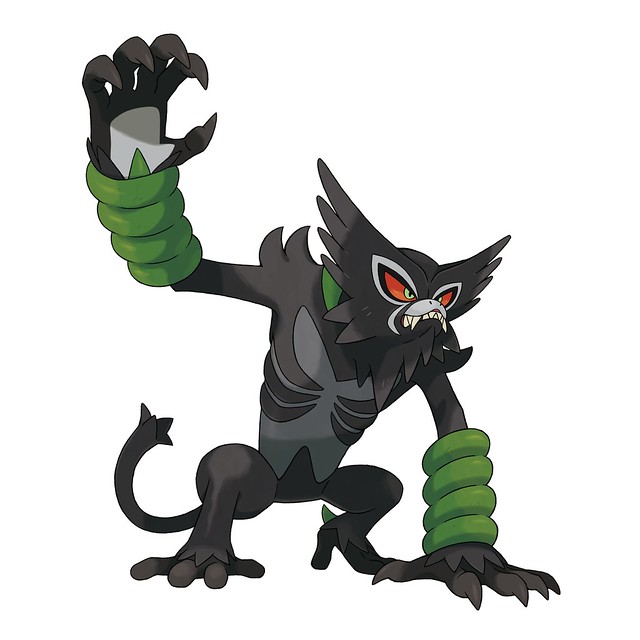 This Mythical Pokémon lives in a pack deep in the dense forests of Galar. It treats anyone that isn’t part of its pack with immediate hostility. When fighting, Zarude swings around from tree branches, attacking relentlessly with its sharp claws. Its quick wit helps it excel in battles. Zarude is only available in Pokémon Sword and Pokémon Shield, and can’t be encountered in regular gameplay. Launched in November 2019, Pokémon Sword and Pokémon Shield are the latest titles in the core Pokémon video game series and are available on Nintendo Switch™ systems. 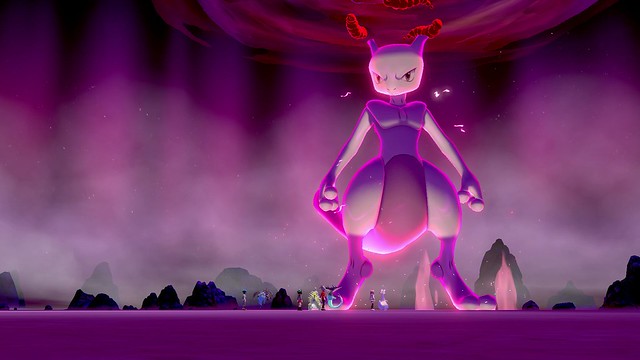 It was also announced that from Wednesday, February 26, at 4:00 p.m. PST until Sunday, March 1, at 3:59 p.m. PST, Dynamax Mewtwo may appear in Max Raid Battles in Pokémon Sword and Pokémon Shield. While this Mewtwo is incredibly powerful and can’t be caught, Trainers will have a chance to receive rare items like Ability Capsules if they defeat Mewtwo. During the same time period, Trainers can also encounter Dynamax Bulbasaur, Ivysaur, Charmander, Charmeleon, Squirtle, and Wartortle in Max Raid Battles. Unlike Mewtwo, Trainers will have a chance to catch these Pokémon if they manage to defeat them.