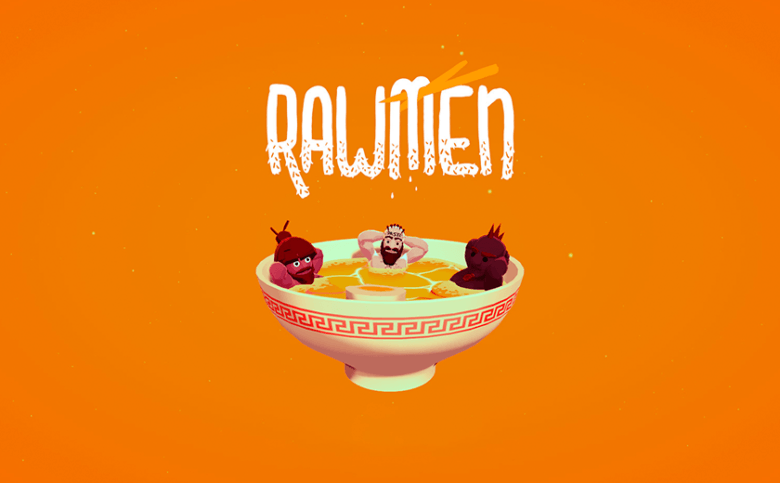 We announced RAWMEN back in August and since then the game had tons of juicy new features, revamped visuals, and most importantly – new game modes.

What we’re sharing with you today will be playable at PAX East in Boston on the weekend, you can’t miss the giant booth with confident-looking rawmen staring at you across the hall.

At its core, RAWMEN is a team shooter where players throw soup at each other. You use the soup to slide around the map Tony Hawk-style, and have dozens of pickups to obliterate the enemy. Game modes range from BROTH BATTLE, CLAIM CHOWDER, MEATBALL, and more. Today I’ll be talking about the Meatball game mode which we’re focusing on at PAXEast. 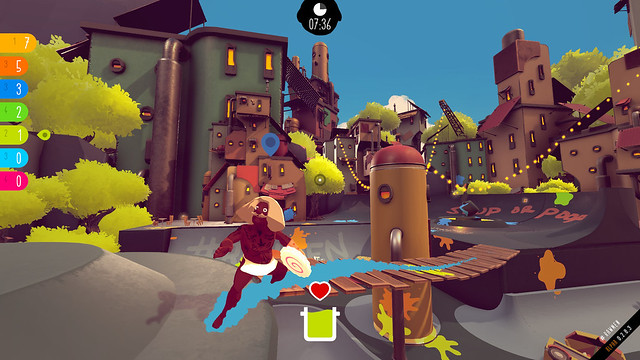 You know what makes a game about ramen better? Meatballs. The new game mode focuses on a giant meatball, and your team’s goal is to throw that meat into the enemy goal. So think Katamari meets Rocket League. Any player can attach oneself to the meatball, and control it around the map. 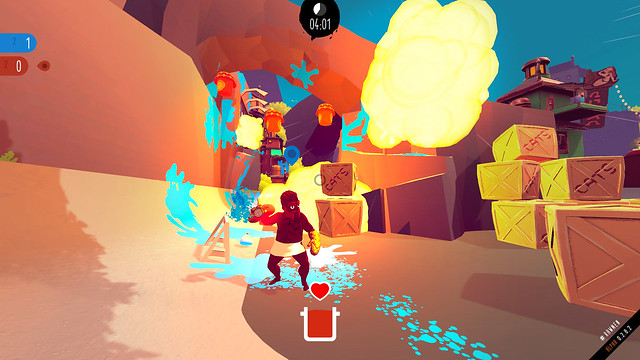 We’re spicing up the gameplay with deployable walls, which are great for defending your goal. These break up the chaos of RAWMEN and make it much more tactical. Right now any player has deployable walls on a cooldown. 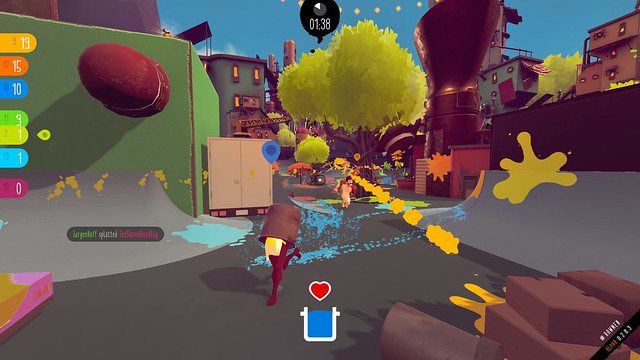 In hindsight, maybe it should’ve been a goose turret. The deployable turret shoots all enemies in its line of sight. You can use your handy pot to block off attacks though. Currently the duck turret is a rare randomized pickup item.

RAWMEN is coming to PC some time in 2020, and future platform plans will be announced soon. In the meanwhile, we’re really excited to do a massive showcase of the game with 15 stations at PAX East in Boston this weekend.