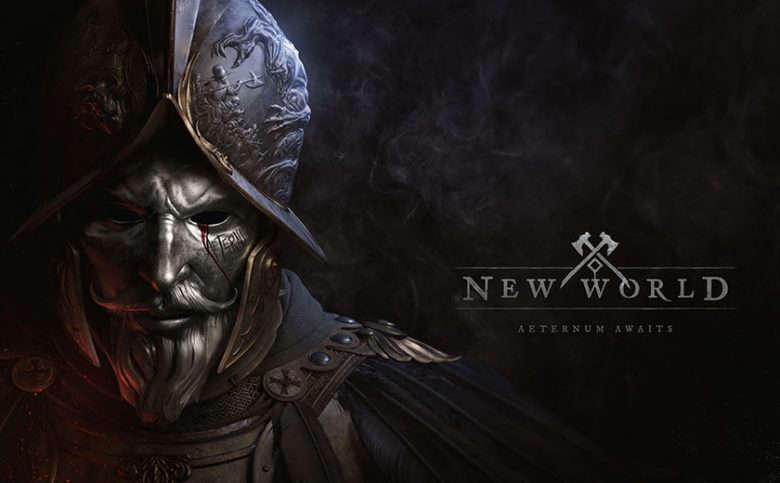 It’s an interesting time right now in MMORPG’s community, World of Warcraft is on its deathbed. Final Fantasy XIV is now the top MMOPRG on the market almost overnight. In the mists lurk a handful of fresh titles like Swords of Legends Online and Bless Unleashed PC. After 6 years we are finally seeing signs of life from Ashes of Creation. Then we have Amazon’s New World entering closed beta on the cusp of its release on September 28th, 2021. I have to be brutally honest here and most might not like it but it’s true. What makes a good MMORPG? Content… Lots and lots of content. What makes fresh content? Money. Yes, of course, you need great developers, stories, mechanics, raids, etc but in the end, it’s all content. No MMOPRG is perfect, and players can live with flaws as long as the content is fresh. Amazon has the bankroll to keep the content pumping.

Let’s start with the basics of character customization. I am not sure how much more they will add to this before the August 31st release, but it has a solid foundation so far. It’s like the happy medium between over customization and not enough. As of now the face, skin tone, hairstyle, and facial hair are all templated. You can not adjust the size, height, or curve of any feature. The color palette for hair and eyes range between 19 – 30 different option. Then of course you can add skin features like scars and tattoos. Skin features are very minimal in this build with only just a handful of options. I have no doubt if not before release they will expand this eventually. In New World we are just basic-bitch humans, we do not get to select from any other races. I am not a fan of the character walk animations and most of the basic combat animations are really bad. Spell animations weren’t all that impressive either but I am sure there is still much I have not seen. If you like the medieval vibe then you will enjoy the cosmetics I really like the direction they are going with this.

You only get a small taste of combat in the initial tutorial prologue. The combat does become much more advanced as you progress along. I do honestly love the action-based combat where positioning, timing, and attack choices matter but I just need more buttons to press. There are no classes or races in New World so your abilities are based on your weapon and mastery of each weapon. You can only have 2 weapons equipped at a time during combat which gives you a total of 6 abilities to use. Each weapon mastery has a talent tree that you can carry on between each specific weapon of that type. In more advanced PVE combat you will encounter the stamina system. Some elites, bosses, and basic mobs have stamina bars underneath their health bar. When their stamina bar runs out, they enter a long punishable state allowing you to do tons of DPS. Mobs with shields can be guard broken then also enter this punishable state. Skill shots are a thing in New World, melee weapons can backstab for a guaranteed critical strike. Ranged weapons get guaranteed critical strikes from headshots. There are 4 different types of damage in New World Slashing, thrusting, strike, and elemental. There are a total of 6 different offensive element effects including fire, lightning, void, ice, arcane, and nature. Mobs in PVE and armor types in PVP will have different resistances to damage or elemental attacks. Your floating combat text is color-coded to let you know if your damage type is effective on the target you are hitting. It’s going to break down even further in both PVE and PVE when choosing a tank, healer, or DPS role but we will get into that on another date. Equipment load has a big effect on your playstyle you can either wear light, normal or heavy armor. Light armor with you better dodge and a 20% damage buff. Normal armor gives you better dodge, 10% damage buff, and 10% longer crowd control debuffs. Heavy gives you nerfed doge, 15% extra block stability, and crowd control debuffs last 20% longer.

What is the PVP all about in this game? Yes, it’s fun! New World has 3 factions Marauders, Covenant, Syndicate. Which we will deep dive into at a later date. The faction you choose will have a major impact on your gameplay and you will not be able to switch for 120 days. Out in the open world, you will remain unflagged which can voluntarily be turned on at any time by the player. After this is free game! Each region has a faction control point which provides territory and global rewards for the controlling faction. It’s a simple capture the flag scenario simply flag up, head inside the fort, and fight for the flag. Outpost Rush is an instanced battle in a 20 vs 20 battleground where two sides clash over 3 outposts and several objectives. Players must be level 60 to queue up for Outpost Rush. You can queue solo or with a group of up to 5 players. The end goal of this battleground is to reach 1000 points for your team. Each outpost will generate 1 point every 3 seconds and each player kill rewards 1 point. Players have to gather resources all over the map and use them to upgrade or build additional structures and defenses, or siege weapons. Infused resources drop on death. You can also summon powerful allies or fight over boss events that give strategic buffs when killed. Players will be rewarded with unique Outpost Rush specific named armor and weapons.

New World PVE will start off with 6 Expeditions (Dungeons):

Expeditions are instanced challenges designed for 3 – 5 players that include boss encounters and have specific level requirements. Each expedition has exclusive weapon and armor set collections players can get by completing them. Players must attain currency indigenous to the expedition that can be used to craft these exclusive sets. When players hit level 50 they will be able to enter invasions which happen when corruption becomes too strong in a territory roughly every 4 days. NPC’s will siege a fort at this point at the risk of losing the settlement’s upgrades if it falls. 50 players must defend 8 waves of corrupted which includes boss encounters. Rewards vary depending on the number of waves defended. New World will also have PvE arenas, which feature boss encounters meant as higher-end PvE content for groups of 5 players. Arena’s require a specific group makeup of melee and ranged DPS and a healer. You will also encounter a number of world events called corrupted breaches that appear in territories when they become too corrupted. Players must clear waves of enemies to seal the breach using an Azoth infused staff. Breaches come in a wide range of difficulties and while some can be done solo, others require a group of players to defeat.

In the end, what I really think is that I am going to play this game. It is developed well, has a clean interface, fun combat system and hopefully, Amazon will fork out the bankroll to keep the content fresh. If you are currently playing Final Fantasy XIV and you’re looking to scratch the PVP itch New World might be for you. I do think there will be enough PVE content at launch but it would be wise for Amazon to implement raids as soon as possible. We all know where World of Warcraft is right now. It’s a close race to follow with all the new MMORPG games just released or about to be. Which one will end up on top?