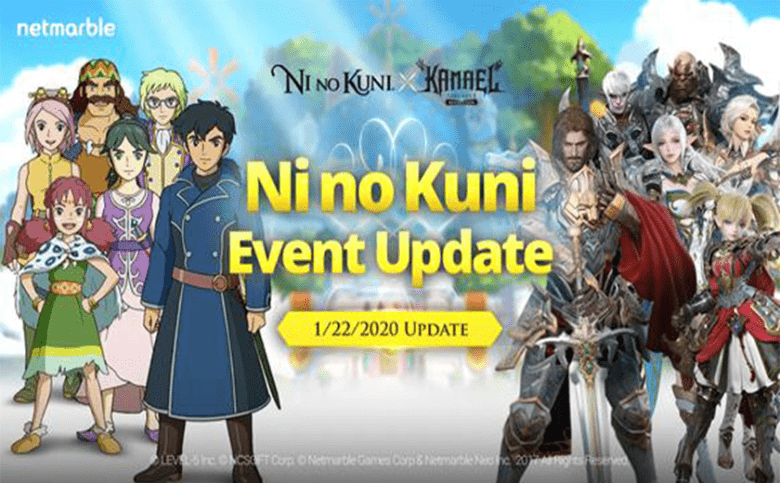 Netmarble released a new update in collaboration with the world famous fantasy RPG ‘Ni no Kuni II Revenant Kingdom’  to introduce new characters and various game features to its popular massively multiplayer online role-playing game (MMORPG) Lineage 2: Revolution. To celebrate the update, Netmarble is hosting a ‘Red Diamond Event’ that will reward up to 100,000 Red Diamonds, depending on the number of Red Diamonds used by players at the start of the event.

Lineage 2: Revolution is a groundbreaking MMORPG bringing top-quality visuals, a massive open-world and large-scale PvP to mobile devices. Powered by the Unreal Engine, the game features stunning visuals and large-scale open-world combat where up to 200 players can battle in real-time on a single screen – all in a gorgeous, fully featured, persistent world MMORPG that can be enjoyed alongside millions around the world and all within the palm of your hands.

‘Ni no Kuni II Revenant Kingdom’ is the third game title of ‘Ni no Kuni’, the fantasy RPG series produced by Level 5 Inc. Released in March 2018 for PlayStation®4 and PCs, it features stunning graphics and royal fantasy stories as if the animation were made into a game. This fantasy game tells the story of the young king ‘Evan’, who was driven out of the country by conspiracy, overcoming trials and becoming a great king. Akihiro Hino, Representative & CEO Level 5 participated as story and general director, Yoshiyuki Momose as character designer and Hisaishi Jo as director of music.