The Nintendo Labo line launched less than a year ago and became an instant success for the company. It was heralded as something so crazy and creative, only Nintendo could pull it off. Since its launch, the game has also created a vehicle kit and has even made Labo compatible with other Nintendo games. However, they don’t intend to stop there. Nintendo, as always, wants to to continue pushing boundaries and expanding the limits of gaming.

Earlier this week, Nintendo announced it would be launching an expansion to the DIY cardboard Nintendo Labo Switch line – the Labo VR Kit. This Labo expansion stays true to the original line; coming as a cardboard (sans the plastic goggles) self-assembly kit, complete with stickers for customization and decorating. The “Toy-Con” kits come in six different buildable iterations – a blaster, a camera, an elephant, a bird, and a pedal. Nintendo hopes for the Labo VR Kit to be an introduction for younger gamers into the world of virtual reality gaming while still creating real-world interactions. 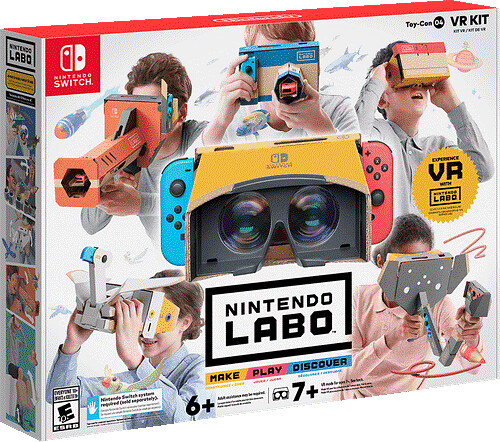 Labo elaborates upon the traditional VR experience, and aims to make virtual reality gaming something that is sharable rather than a singular. While one player is using the VR headset, others are still able to interact and participate in the game. Nintendo of America’s Senior Vice President of Sales and Marketing, Doug Bowser, explained that the Labo “is inherently designed to encourage imagination and creativity in people of all ages by blending real-world and virtual experiences.” He continues, “This new kit takes that concept a step further by layering in virtual reality to bring the Toy-Con creations to life and encourage family-friendly, pass-and-play experiences.”

However, some have faulted Labo’s rendition for not being as immersive of a VR experience. Unlike traditional VR, the Labo headset must be held up to the face the entire time rather than strapped on. While this makes the game easier for sharing and transferring from one player to another, it has obvious drawbacks. Not only can this get tiresome for younger users with small arms, it also limits controls to just one hand. Although the games are made for VR, you don’t have to use it. VR can be switched off and converted for regular 2D gameplay.

Each Labo game takes its own unique approach to using the virtual reality technology:

The Toy-Con Garage has an additional 64 VR mini-games in the VR Plaza, which are editable and buildable. The goal is to make customized experiences for users where they can build their own game. 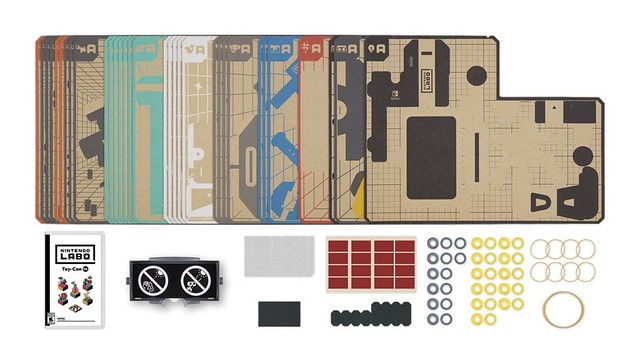