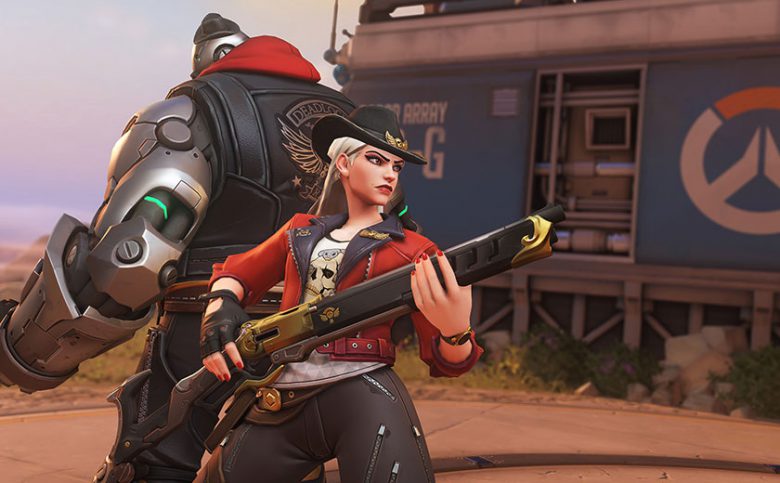 Explore the founding of the Deadlock Gang in the new Overwatch novel Deadlock Rebels by critically acclaimed author Lyndsay Ely, now available. Full of high-octane chases and action-packed stand-offs, you’ll be able to pull back the curtain on the origins of fan-favorite heroes Ashe and McCree.

Synopsis:
In the years after the Omnic Crisis, the American Southwest is ruled by vultures looking to profit off the chaos. The West is ripe for the taking, and Elizabeth Caledonia Ashe intends to write her name across it.

When Ashe is arrested yet again on the morning of her high school graduation, her aloof, old-money parents decide to disinherit her from the family fortune. To steal back what’s rightfully hers, Ashe teams up with her omnic butler, B.O.B., and local ruffian Jesse McCree for a series of heists, catapulting the trio into a game of fast money and dangerous alliances. Along the way, Ashe discovers that family isn’t just about blood. It’s about the people who’ve got your back when your back’s against the wall.

Starting today, you’ll be able to play Overwatch with friends across multiple platforms! If you play on console, you will need to connect to a Battle.net account. Cross-play will be enabled for PC players automatically.

Blizzard Entertainment is collaborating with Coca-Cola, Diamond Comic Distributors, and award-winning comic artist Afua Richardson for two new variant covers for Issue #1 of their popular Overwatch: Tracer – London Calling comic series. Both variant covers will be available in print for purchase exclusively during Free Comic Book Day on August 14th, 2021, and those fans who purchase will also receive Coca-Cola branded backboards and polybags to take away. Richardson’s creativity for the variant covers will highlight the unique story found in this Overwatch comic series while celebrating the respective major milestones of Blizzard’s 30th Anniversary, Free Comic Book Day’s 20th Anniversary, and Overwatch’s 5th Anniversary. As a sneak peek, Blizzard today revealed one of the two variant covers for Overwatch: Tracer – London Calling #1 by Afua Richardson.