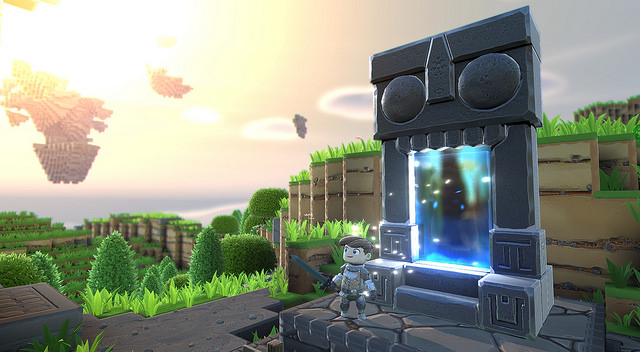 Explore the secrets of Pocket Knights 2 with your fellows

Pocket Knights 2 rolled out a new update that is a big adjustment since its release. Based on previous versions, the latest one introduces some interesting features (like the Country Flag and Personal Boss), it also adds more chapters to [New Chapter] and extends more floors for [Magic Tower].

What’s new
● Country Flags
Players can choose a flag of their country on the setting. These icons will be regarded as a symbol of Countries, Languages, and Alliances. Meanwhile, you can change your flag icon as you wish since there is no limit and it’s totally FREE!

● Personal Boss
The Boss Board will be added to the main page, which shows the info of personal boss, wild boss, and world boss. Players can challenge the personal boss to get Exclusive gear to equip their main character or defeat the wild boss and world boss to obtain more rare items.

● New Fight Mode
1+1 mode: Players can bring one hero to battle in the part of World boss, Wild boss and Personal boss to boost the chances of winning.
1+4 mode: All your four heroes will fight along your side in the Stage, Trail, Magic Tower, King’s Path and Arena to improve character’s reputation.

● Equipment Adjustment
Unlike the summoned heroes, the main role will have their own Exclusive equipment, which includes eight parts: Weapons, Shoulders, Ups, Bottoms, Rings, Necklaces, Gloves, and Shoes.

What’s next
● The 1.0.0 Version will remove gear reset, gear star transfer function.
To avoid unnecessary loss, players need to use these functions before the 1.0.0 Version. (These two functions will no longer be needed due to the Gear Upgrade/Star level will be stuck with the gear slots in 0.9.0 Version)

● The iOS Version will come out in Oct. 2017, please stay tuned for more news later!

● The Global Registration of Pocket Knights 2 at:
https://pocketknights2blog.wordpress.com/

0 0
Previous ArticleNew Ways to Connect Through Blizzard Battle.netNext Article‘STEEL RATS’ IS AN OCTANE-FUELLED COMBAT RACER BLAZING ONTO PS4, XBOX ONE AND PC IN 2018