The newly developed Street Fighter V Pocky EDITION replaces the standard health gauge with a Pocky Stick. A full health gauge resembles a biscuit stick, and as the player receives damage the health gauge gets coated in chocolate. 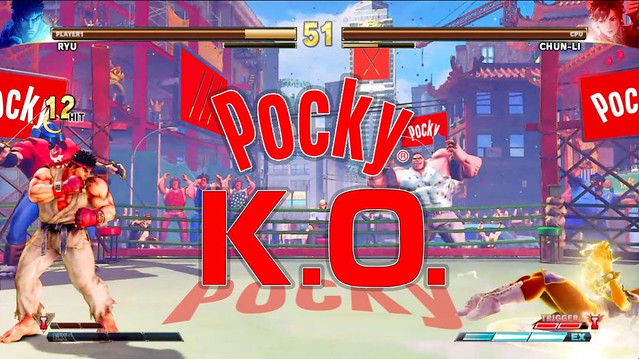 The new GUI also lets players know when the ratio of chocolate-to-biscuit-stick matches up with a Pocky stick, also known as a Pocky Chance. When this condition is met, the “Pocky Chance” icon will start flashing. If a player or opponent’s health dips below the Pocky Chance ratio, their health will automatically regenerate slowly up until the Pocky Chance ratio. 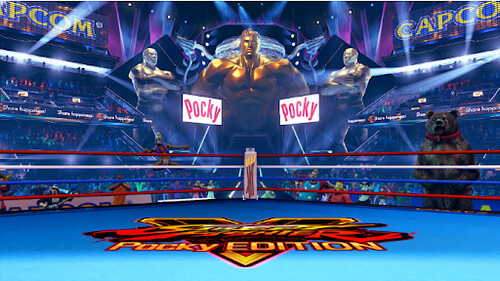 Pocky also has a special surprise in store for attendees of this year’s CAPCOM CUP 2019 at the Novo Theater in Los Angeles, California. Street Fighter V and Pocky fans will be able to watch top global professional players go head to head in a special Pocky K.O. Challenge CAPCOM CUP 2019 (December 15th 13:00~) event playing the Street Fighter V Pocky EDITION. CAPCOM CUP 2019 attendees will also be able to experience Street Fighter V Pocky EDITION in an open arena for their chance to face off against friends and other fans to see if they have the skills to land the challenging Pocky K.O. For fans unable to attend the event in person, they’ll be able to watch the special exhibition via the official Capcom streaming channels:

Archaeology, one of the most powerful skills ever to come to RuneScape
February 26, 2020

Yakuza 0 Now Available on Xbox One Game Pass and Windows 10!

Archaeology, one of the most powerful skills ever to come to RuneScape