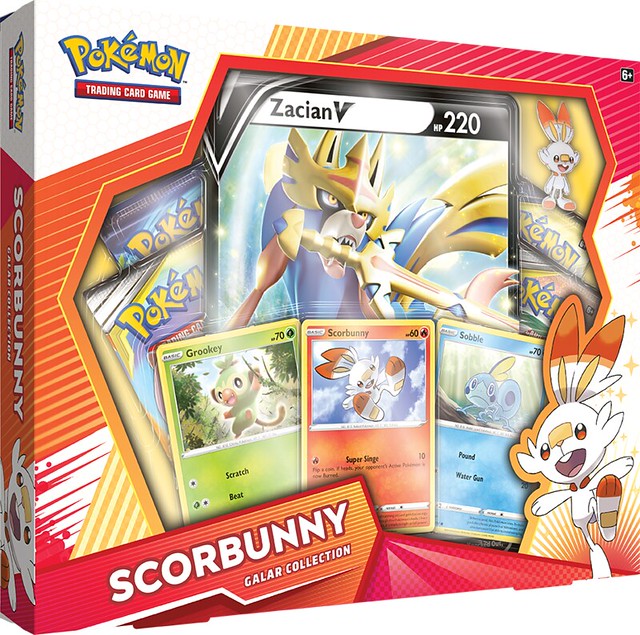 Choose Your First Partner in the Pokémon TCG: Galar Collection
Trainers can also explore the Galar region through the Pokémon Trading Card Game in the new Galar Collection, which includes three foil promo cards showcasing Grookey, Scorbunny, and Sobble. In addition, each box includes a collector’s pin featuring one of these first partners, an oversize card featuring the Legendary Pokémon Zacian or Zamazenta as a new Pokémon V, and four Pokémon TCG booster packs.