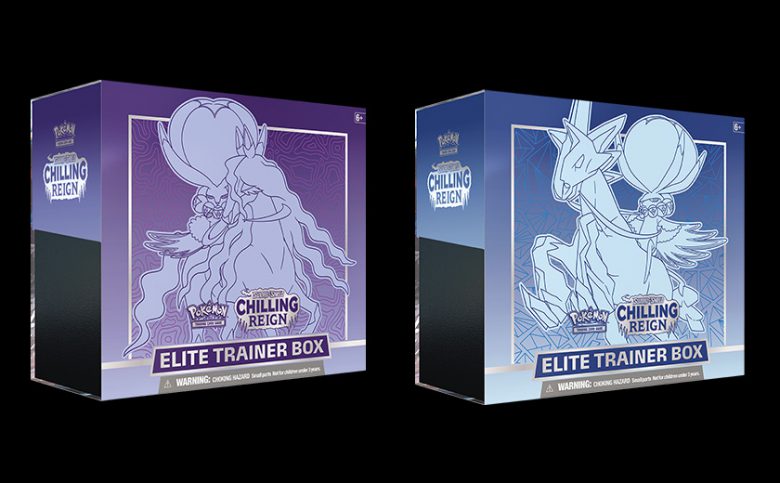 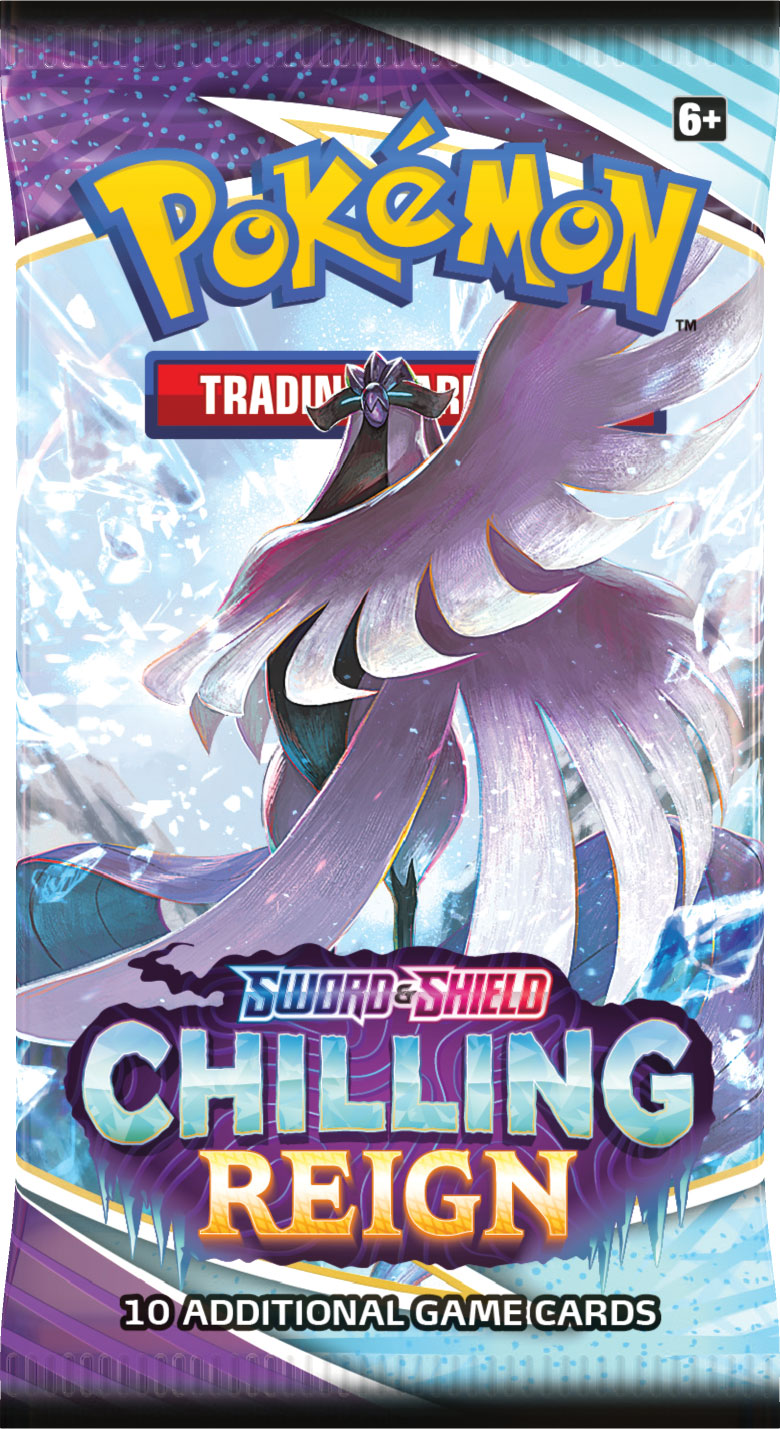 Calyrex will make its Pokémon TCG debut as a Pokémon V and Pokémon VMAX in both Ice Rider and Shadow Rider forms, allowing players to bolster their decks, or create new ones, centered around this powerful Pokémon that will deliver exciting gameplay strategies. In addition, Trainers can look forward to playing with many new Pokémon V and Pokémon VMAX, including cards featuring Galarian Articuno, Galarian Zapdos, and Galarian Moltres. 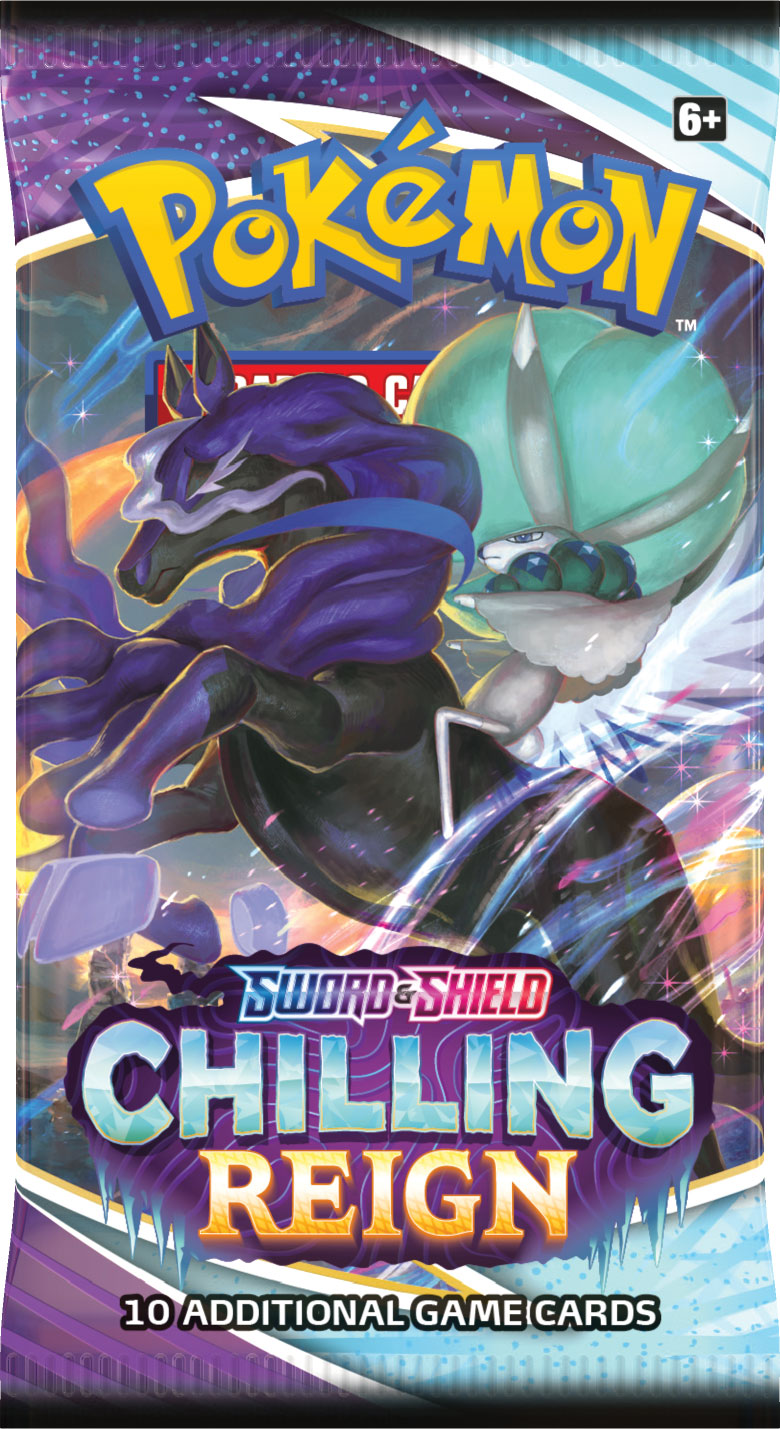 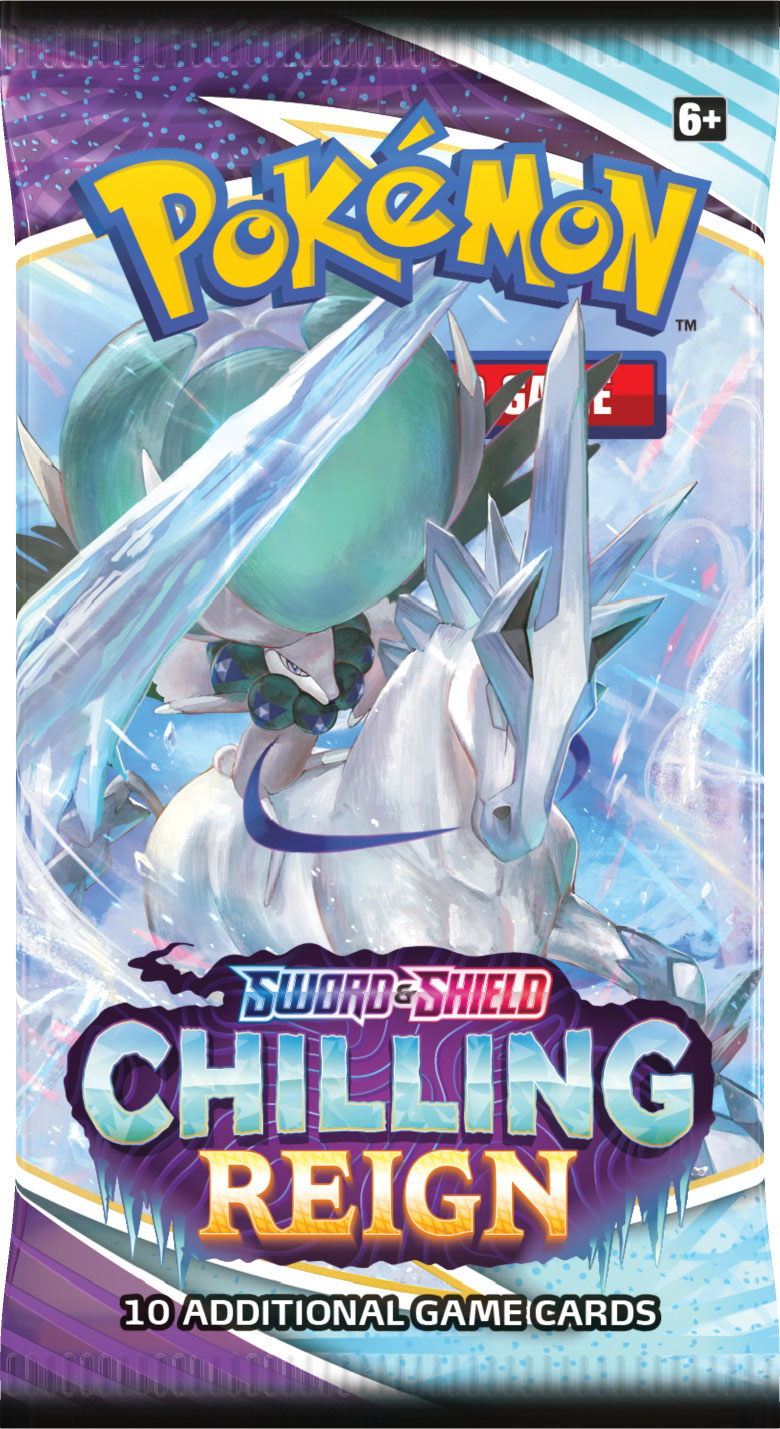 Trainers interested in playing with the expansion before it launches can do so by grabbing the Sword & Shield—Chilling Reign Build & Battle Box, available through their local participating Pokémon TCG retailer starting June 5. Each box contains four Sword & Shield—Chilling Reign booster packs; a 23-card Evolution pack featuring key cards from current and prior sets, including one of four alternate-art promo cards; and a deck-building tip sheet. 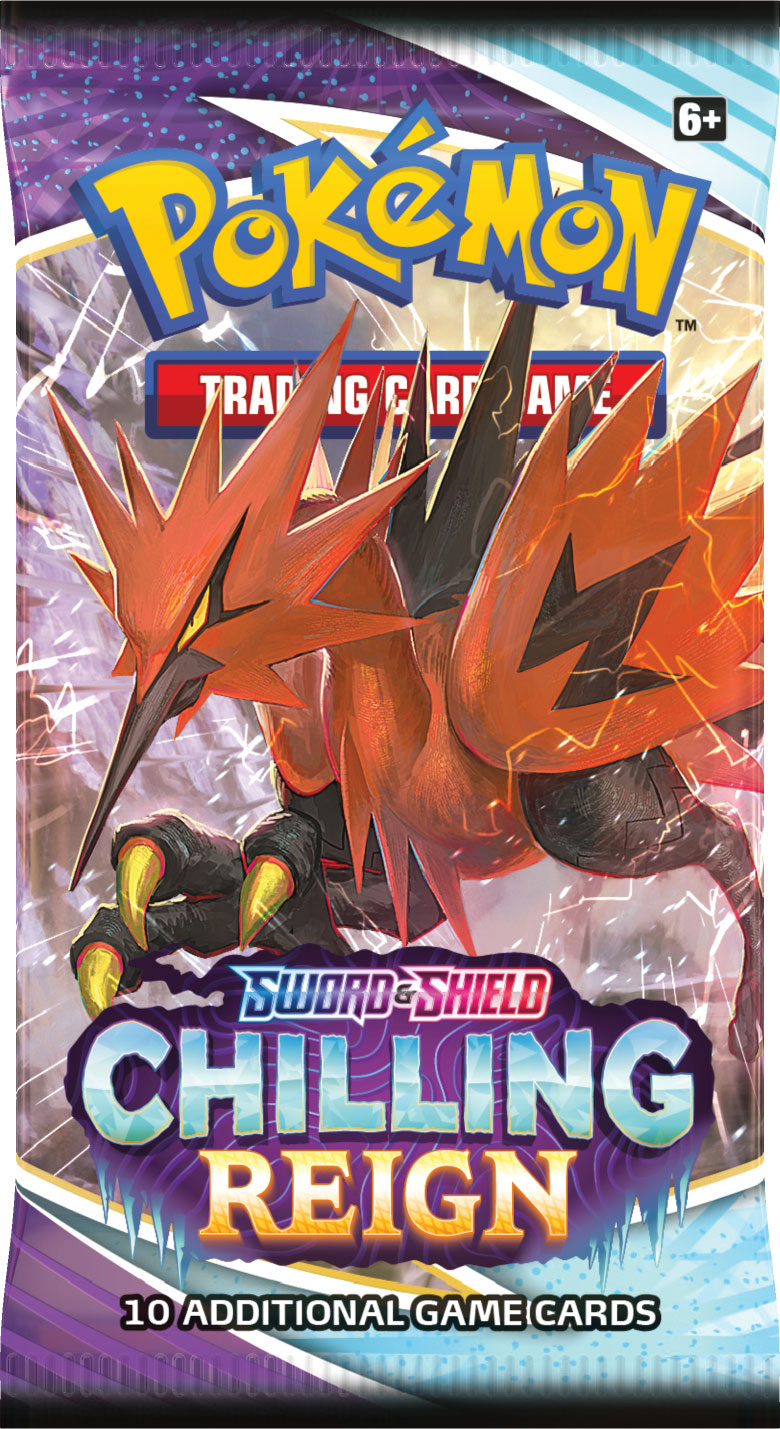 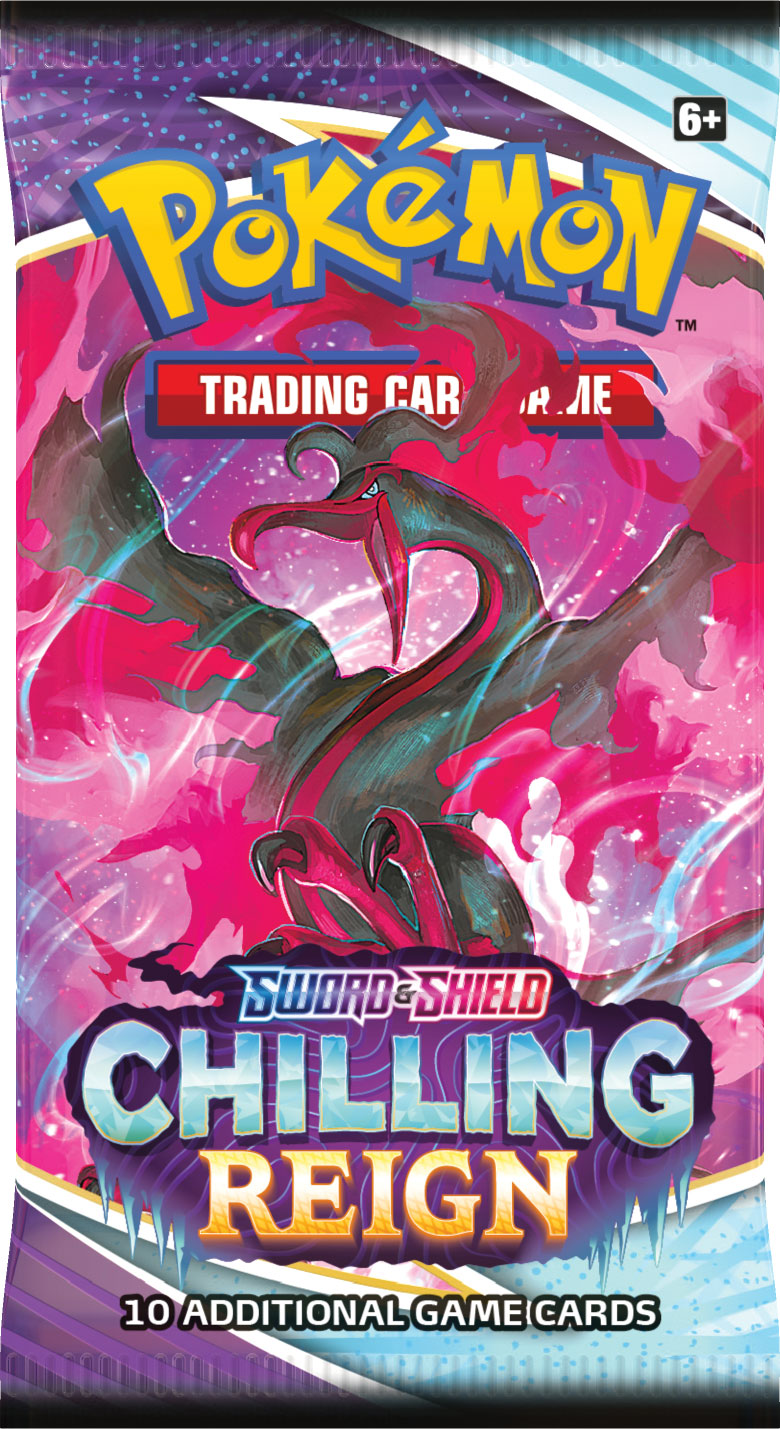 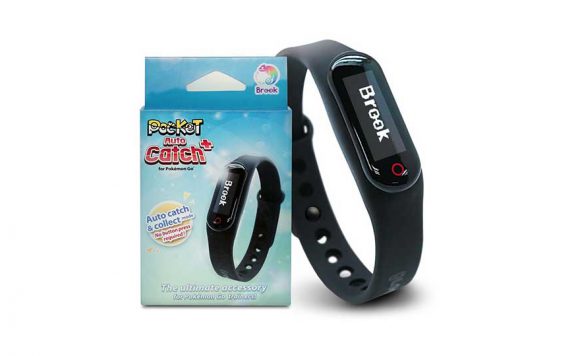 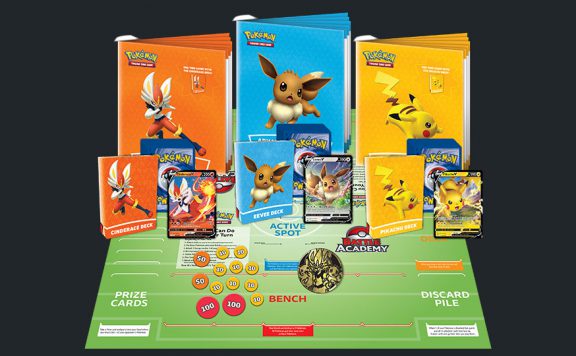