You thought tradeshow season was the end of the world? Think again — the real doomsday begins today as Assemble Entertainment’s highly-anticipated post-apocalyptic city-builder Endzone – A World Apart enters Closed Beta testing on Windows, which will run until the game’s planned Early Access launch this spring on Windows PC and Mac.

Players who preorder at endzone.game are granted immediate access to the Closed Beta, and members of the official Assemble Entertainment Discord server also have the chance to obtain a Closed Beta key during ongoing raffles.

With this news, the publisher has unveiled a new gameplay trailer to celebrate!

Don’t let the radioactive environments and devastating sandstorms fool you — Endzone – A World Apart is a dangerously fun time, and fans of Frostpunk and Surviving the Aftermath will be pleasantly surprised by Endzone’s familiar play style. In this post-apocalyptic mutant-less world, players battle the most unpredictable and vicious foe of all — an unforgiving wilderness poisoned by nuclear winter. 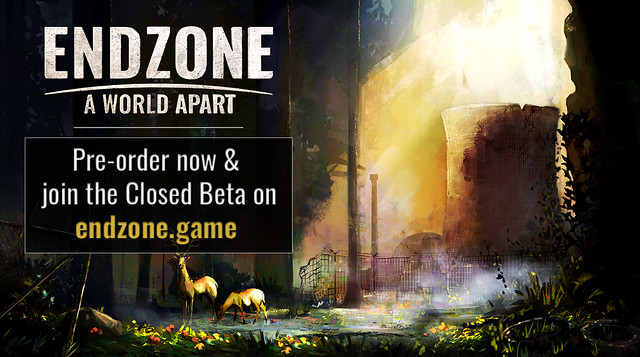