Pearl Abyss’ free-to-play action MMORPG, Black Desert Mobile, will be available for pre-download on iOS and Android on December 9, 2019. Players will be able to customize their character and create their Family Name ahead of the grand launch on December 11.

Character Customization is a central feature of the Black Desert franchise, and Black Desert Mobile offers the same level of customization as on PC and console platforms. Design a unique Adventurer from any one of the five character classes will be available on grand launch, including the Warrior, Witch, Ranger, Giant, and Valkyrie. In addition, players can claim their Family Name, an in-game nickname that will appear on top of their character. 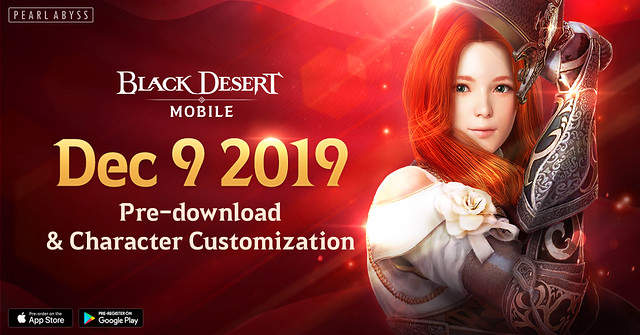 Following more than 4M pre-registrations, Black Desert Mobile is available for pre-registration on the Google Play Store and pre-order on iOS App Store ahead of the global launch on December 11, 2019.