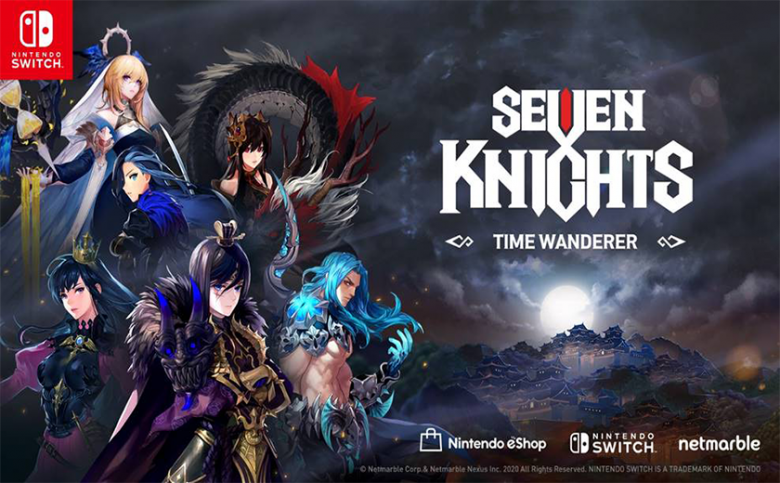 With one week before the November 5 launch of Seven Knights – Time Wanderer –, pre-orders for Netmarble Corp’s first console game on Nintendo Switch ™ are now live on Nintendo eShop across 40 individual countries.

From today until November 4, players can now pre-order Seven Knights – Time Wanderer – through Nintendo eShop at 20% discount from its original price. Pre-downloads will also start on Oct. 29, so players can quickly jump into the game’s space-time RPG adventure on release date.

Seven Knights – Time Wanderer – is a visually stunning, real-time and turn-based RPG based on Seven Knights Mobile, which features all-new control and battle systems as well as game content optimized for the console platform. It is a single-player RPG that has a storyline with an ending. It also provides the fun of deck building by using various heroes strategically.

Seven Knights – Time Wanderer – focuses on the story of the eighth member of the Seven Knights, Vanessa, and her ultimate magical equipment, a sentient hourglass known as Sandy, as she embarks on a journey to return safely home after falling into the twists of space and time.

Seven Knights – Time Wanderer – is now available for pre-order, and will be released worldwide as a digital package through Nintendo eShop in each region on November 5.

0 0
Previous ArticleStellaris Fans Can Grab Both Tricks and Treats with the Necroids Species Pack, Out TodayNext ArticleThe Wired Horror Bundle (Which is amazing) Launches On Steam, PlayStation 4 and Xbox One.